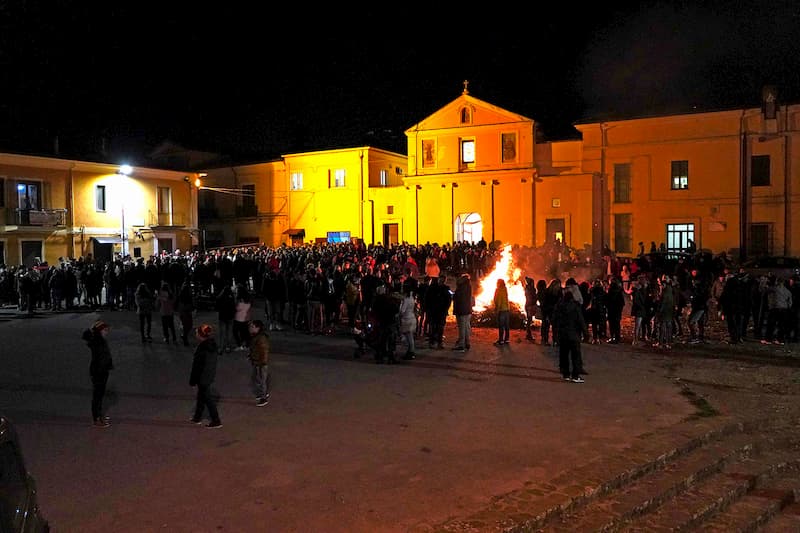 19 March is the national Father’s Day, strongly based on Christian values, as it is associated with Jesus’ father, St Joseph.
This moment also coincides with the arrival of spring, and in some towns in Calabria this passage is accompanied by a large bonfire, an important event in which people renew their belonging to the community.

This is a rite of passage of pagan origin, linked to peasant culture and the slow change of the seasons. In a symbolic way, the fire was attributed an almost purifying and rebirth function towards a new season that was to be rich in harvests and prosperity.

After the religious service celebrating St Joseph, logs and branches are piled up and lit in the centre of village squares, and the event comes to life around them.

These moments evoke a certain spirituality but also attract the whole community because they are accompanied by traditional music and abundant banquets where typical Calabrian dishes are sampled.

Today, the rite of the bonfire has certainly lost the mystical character it once had, but it is still a form of collective gathering and a clear sign of how strong and deep-rooted the link with one’s roots and traditions is.

The video below refers to this event in the village of Orsomarso, in the province of Cosenza:

Next article An unusual church carved out of rocks