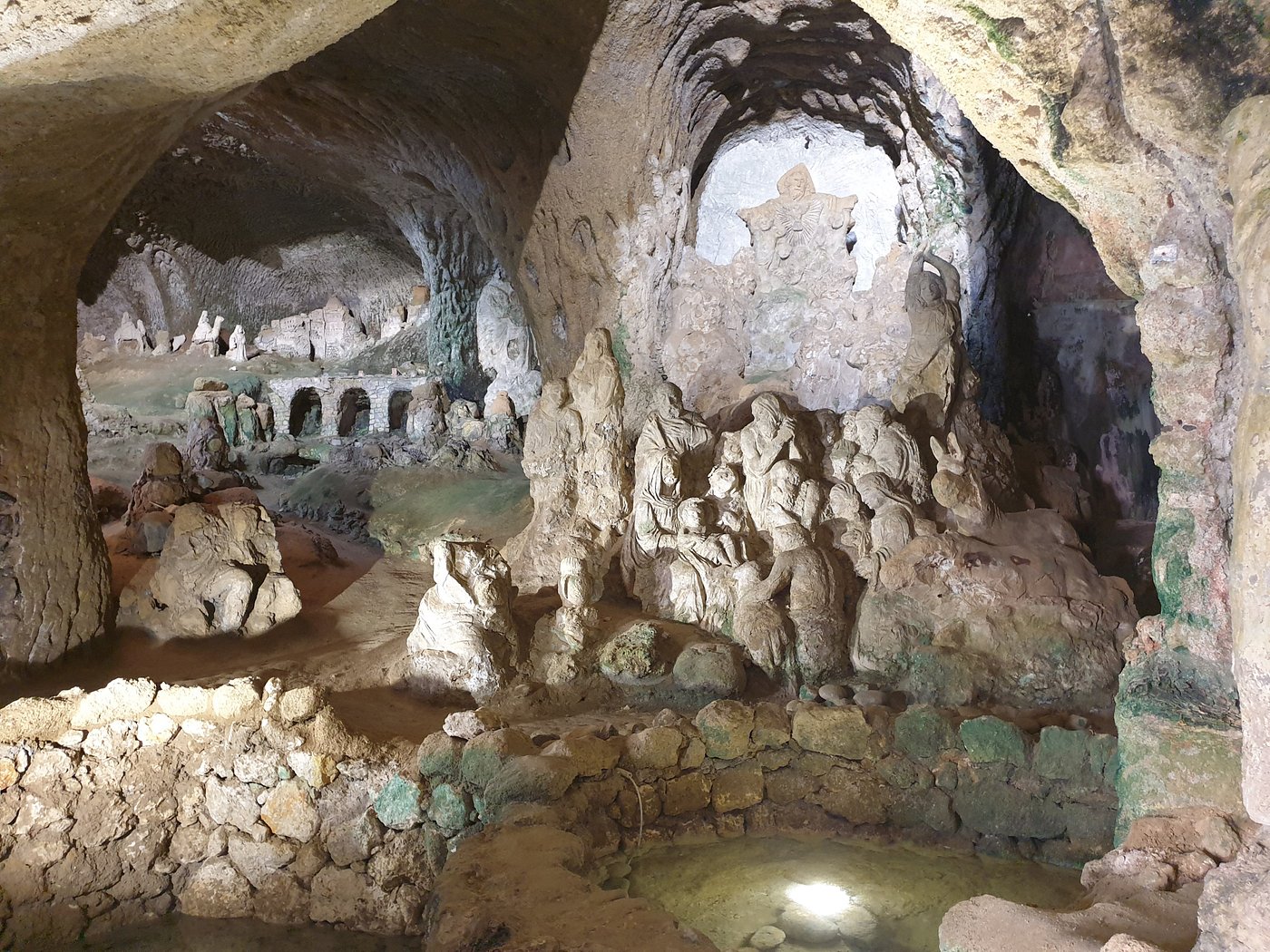 The backwash of the crystal clear sea of the Gulf of Sant’Eufemia prepares the visitor for a scenery that only this place can offer. A few meters from the shore, inside a tuff cliff, there is the unique church of Piedigrotta.

Originally a fishermen’s chapel, the cave became a church that grew at the turn of the 19th and 20th centuries. Inside there are several groups of sculptures made of volcanic tuff that, together with the frescos, create a mystical atmosphere that persuade you to find out more about its origins.

Legends tell of a sailing ship that towards the end of the 17th century was caught in the middle of a violent storm. The despaired sailors on the vessel made a vow to the Virgin of Piedigrotta, whose painting was in the captain’s cabin, to erect a votive chapel on the spot where they would touch land if they were saved.

The ship sank violently against the rocks and fell to pieces, but the crew made it safely to a beach near Pizzo, along with the painting of the Virgin they had prayed to. The sailors, true to their promise, decided to excavate a grotto and turn it into a votive chapel.

Towards the end of the 19th century, Angelo Barone devoted himself to the cave sculpting two groups of statues representing the life of Jesus and the saints, and continued to do so until 1915 when he retired. After his death, his son Alfonso, a painter and photographer, completed his father’s work by adding frescoes. Then the statues remained at the mercy of time and vandals. A few years later, Giorgio Barone, grandson of Angelo and Alfonso, worked tirelessly to restore the masterpiece of his ancestors to its former glory. 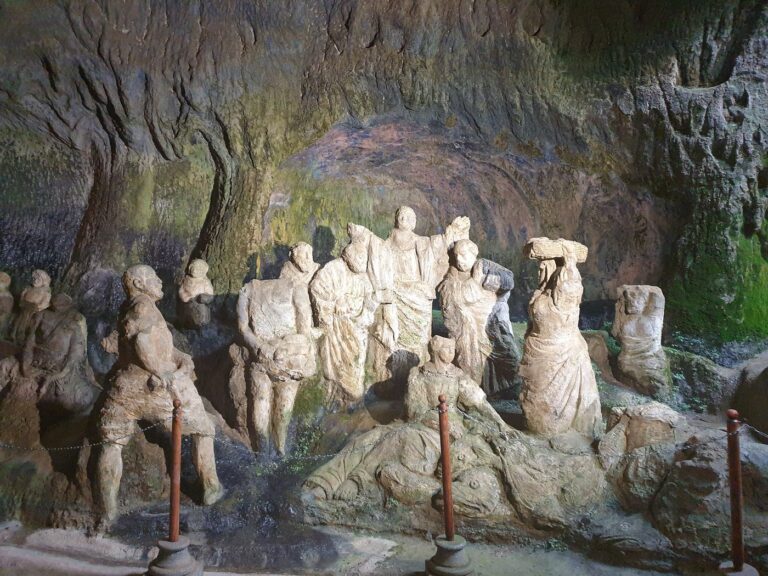