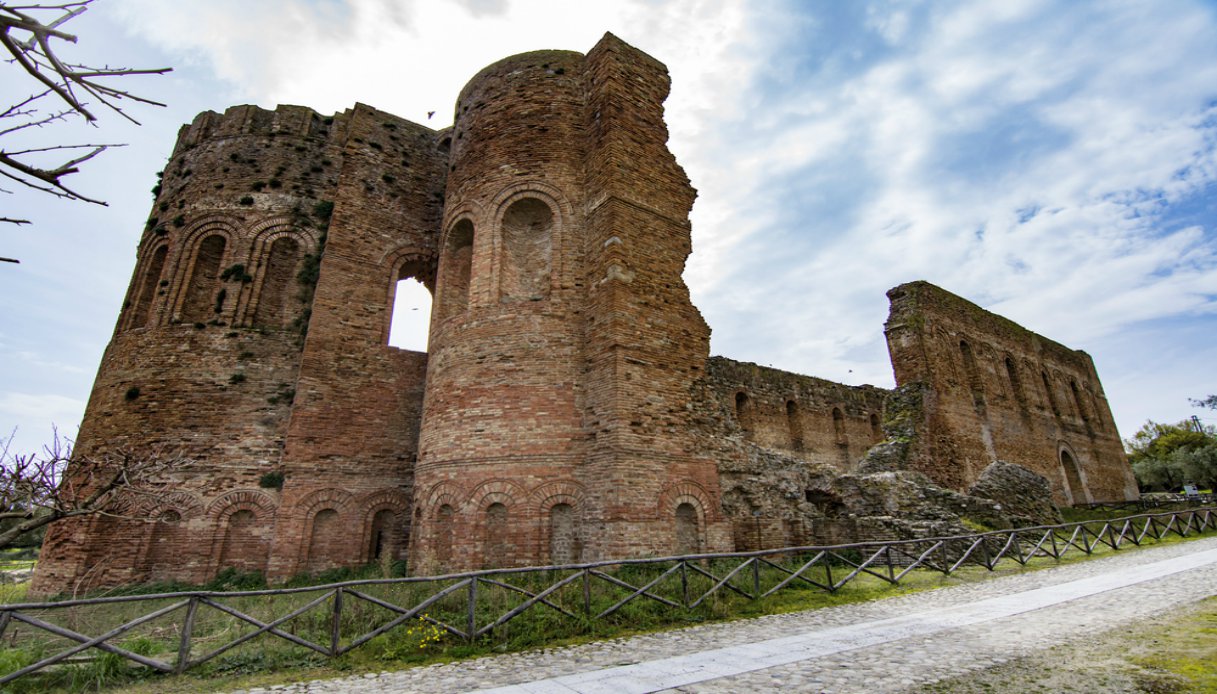 Driving along 106 Jonica-road, you may stumble upon many archeological attractions. Such peculiar places are not always well signaled and need some prior investigation, on your part, in order to appreciate them. The objective of this article is bringing to your attention one of the most interesting archeological sites on the Jonian coast of Calabria, that is “La Roccelletta di Borgia”.
Its name comes from the French word “Rochelle” which means tower and lets us know that the site was part of the extensive system of signaling towers established by the Norman rulers.
But Normans, were not the first to appreciate the lush hills and valley of “La Roccelletta”. 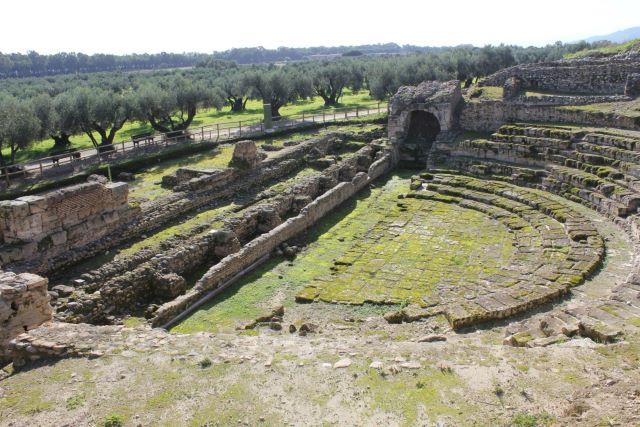 Already, during the first century B.C., the place was claimed by Greek settlers who gave it the name of Skylletion. There they brought olive trees, wine and pottery establishing a florid trading post for the advantage of all Jonic sailors. The harbored city was in the middle of the Skylletion gulf, thus granting protection to the ships and sailors from the the strong winds and storms that would enrage in the open sea.
Of their passage, the ancient theater is still standing and ready to be explored together with the 40 hectares of olive trees which provide an interesting walk into nature.

After the Greeks, also the Romans came to enjoy the bucolic areas of La Roccelletta establishing their own city. Of the roman period, the main square (Foro), roads and a vast amphitheater are still visible to the modern man’s eye.
After the fall of Rome, Roccelletta became a Byzantine village and remained as such up until the Norman invasion of 1066. Walking up the hills of “La Roccelletta” you may not only enjoy a very beautiful and suggestive view of the whole gulf… But also visit the Byzantinian nechropolis, where many artifacts and the resting bodies of such ancient people have been found resting.
And at last, the Normans came consolidating a Catholic power in Calabria. It was then that “La basilica di Santa Maria della Roccella” (Our lady of the tower Basilica) was erected.
The holy building is considered one of the biggest and most important of all of Calabria. Its architecture calls inspiration from romanic style and eastern influences. The altar is oriented towards the land of Jerusalem as it was custom at the time.

But, “La Roccelletta” is not only old and ancient times. It has a life of its own still today. Local institutions organize art exhibitions and concerts among the ancient ruins, thus creating an intriguing, nostalgic and grandiose feeling in whom who adventures forth such events.
So, if you ever find your way between the costal city of Catanzaro lido and Squillace, ask for the remains of “La Roccelletta di Borgia” in order to not miss such a vital place to understand the history of Calabria. Don’t forget to visit the inner museum and its collection of numismatics and statues of the most excellent quality. Be sure to ask about upcoming cultural, art and musical events.