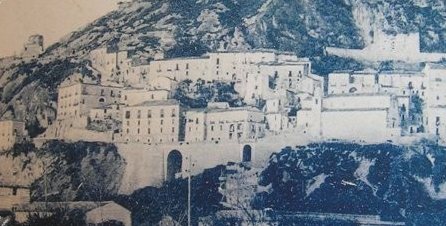 History has always been what defines us, the human people, and when it comes to Calabria we can say that it has a central role. During the Second World War the entire Country was devastated, especially at the beginning of 1943 when Italy was bombed and, finally, fascism was about to collapse. So many cities around Calabria were hit by bombs until September the 3rd: Catanzaro, Reggio Calabria (even twice in July), Gioia Tauro, Cosenza, Vibo Valentia, Paola.

On February the 20th, 1943 even the city of Amantea, in Cosenza’s County, was bombed by the Allies. That day twenty-six people lost their lives and a hundred more were injured. They were local people, inhabitants of the neighborhood and people who happened to be on the public road.On that occasion, the violence of the conflict showed its effects, providing a tangible example to the new generations of the devastating events of violence and oppression.

Amantea’s bombardament took place during the daylight and the target of this operation was the main street and the bridge in the old town, which was essential to retreating German troops. Bombs were dropped after 3 p.m. and in just few minutes there were more explosions. Many of them were dropped on the hills behind the city with no consequences but, accidentally, a bomb fell on an old baronial house and the entire family was killed. Even
though the Mother Church was spared, the archpriest was hit by broken glasses of the Church’s windows and although he did not died, he was blind for the rest of his life.

The most significant photo is the one of the State funeral with the funeral procession in front of the City Hall. 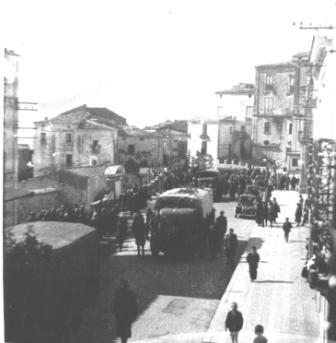 Today, while visiting the city, it’s still possible to see the so called “Case Sciullate” (Broken Houses) right behind Amantea’s Cathedral: the few bricks left and the commemorative plaque with the names of the victims push everyone to imagine how painful it was to be a child in that particular time. The fear is still so alive inside all of the people who were there and if you are very lucky, you could get the chance to hear the story by the survivors (now old people): the tale of bomb blasts, of flames and rubble, of anguish and despair.’

Next article The two goats, St. Martin's geese and Saint Peter's Sword in legends of Pozna´n.