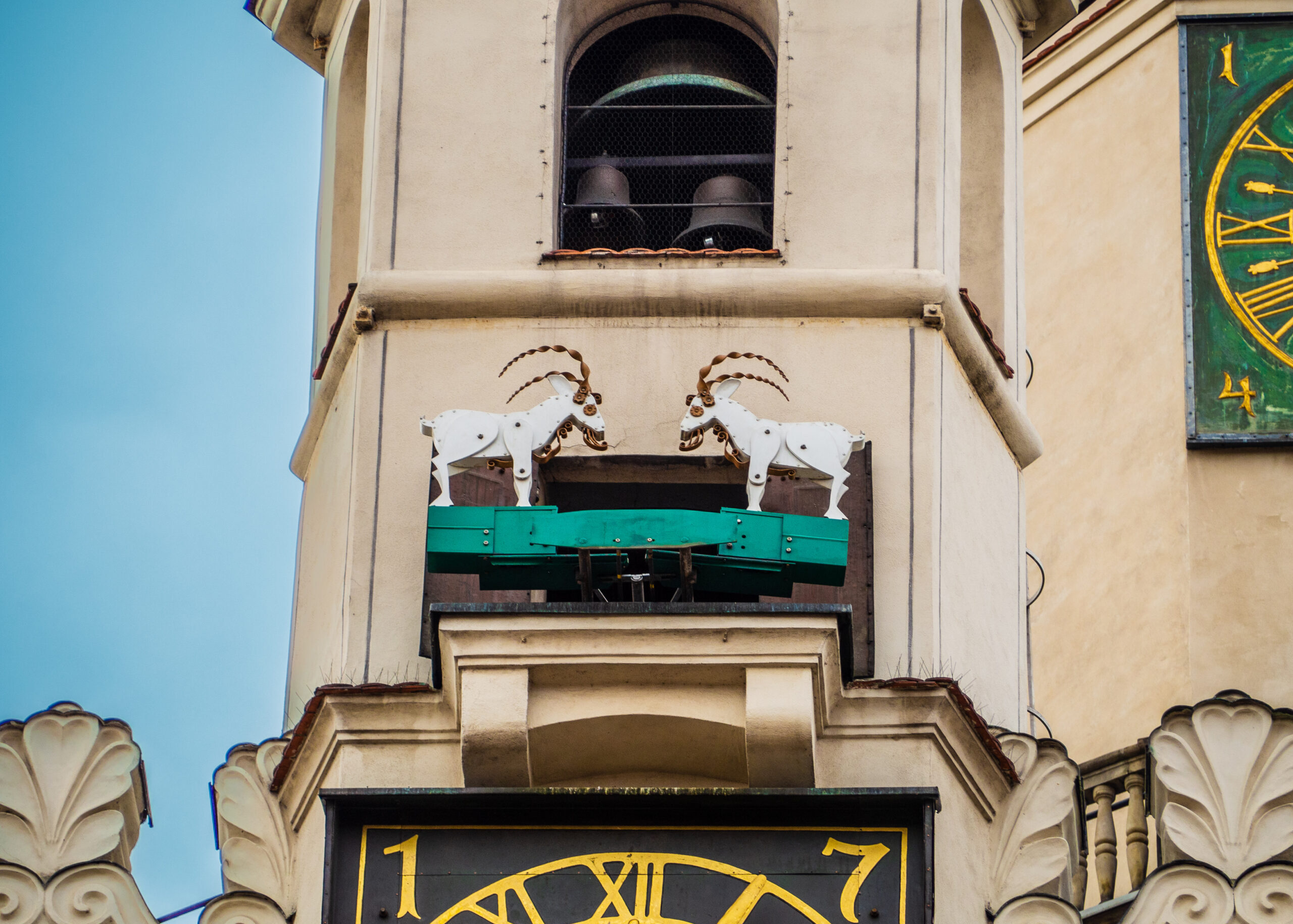 Poznań is a city with a centuries-old tradition. For this reason, a large number of legends and tales related to this place have arisen. The most important of them are the legend of the goats, Saint Martin and the sword of Saint Peter. So what are exactly the legends of the place where Lech, Czech and Rus met after years of being apart?

The tale about Poznań goats was created when the clockmaker Bartłomiej from Gubin made the town hall clock and a great feast was prepared for that event. Unfortunately, when almost everything was ready, one of the cooks burned the leg of a roe deer, which was supposed to be served at dinner. Because he wanted to recuperate, he went to the meadow and stole two goats to roast them. But they escaped to the town hall tower. To everyone’s great surprise, the goats started hitting each other with their horns. Consequently, the master Bartłomiej was ordered to add a mechanism with goats to the clock. Now the two goats are one of the most characteristic symbols of Poznań, which attracts crowds of tourists.

Not only goats, but also geese appear in the context of Poznań legends. The story begins when Marcin had an unusual dream. He dreamed of Jesus Christ in disguise of a poor man. That made Marcin decide to follow the path of the priesthood. Years later, against his will, he was elected Bishop of Tours. Trying to flee the messengers who wanted to inform him about it, he decided to hide in a room with poultry. However, the geese began gaggling and making incredible noise, they betrayed Marcin’s hideout. Since then, the goose- known as the St. Martin’s Goose, has become an attribute of Saint Martin. Goose is eaten to commemorate him on November the 11th.

Apart from legends related to animals, there is a tale about the Roman sword stored in the Archdiocese Museum in Ostrów Tumski. It is the sword which St. Peter used to cut off Malachi’s ear in the Garden of Olives when Judas betrayed Jesus. The sword, according to Jan Długosz, was offered to Bishop Jordan by Pope Stefan VII to emphasize the importance of the first bishopric established in Poland. Poznań residents are legitimately proud of having the treasure, and every Pole and person visiting Poznań should know about it. Visiting the museum in Ostrów Tumski broadens knowledge on St. Peter’s sword and expands awareness of Polish and Poznań’s history and the beginnings of the Polish state.

All these stories account for a part of Poznań and impact sense of identity of local people. Thanks to the legends, goats, St. Martin’s figure and geese and Saint Peter’s sword became Poznań trademarks. Even though these are just tales, it is worth to come to Poznań, explore its nuances and draw knowledge from its legends, as in each of them a grain of truth can be found.