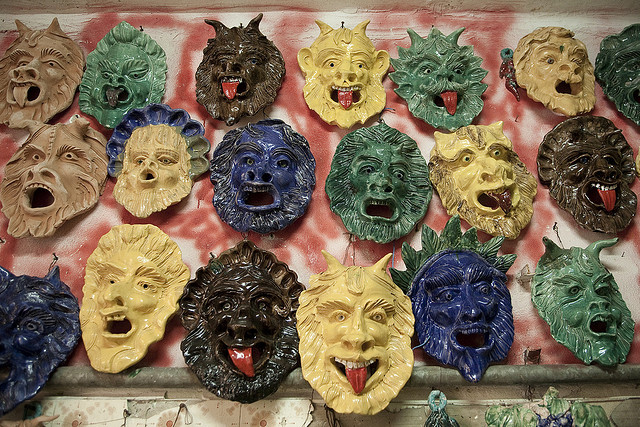 The term apotropaic derives from the Greek “αποτρέπειν”, “apotrépein” ” meaning to ward off” and refers to symbols, rituals and objects that would have the power to repel and ward off evil influences and spirits.

The use for protective and superstitious purposes of monsters, legendary creatures, etc., dates back to the earliest civilisations of the world such as those that populated the Mesopotamian area.

Among the legendary creatures to which apotropaic powers were attributed in antiquity was the griffin.

For instance, in Crete, there are numerous frescos of griffins with lion bodies and eagle heads that had the function of protecting the king on the throne and keeping evil away from the place.

The fortress of Mycenae, on the other hand, was entered through the famous Lion Gate, still visible today. The massive architrave is surmounted by a large triangular slab with two lionesses on either side placed to ‘protect’ a column (a symbol of royal power). 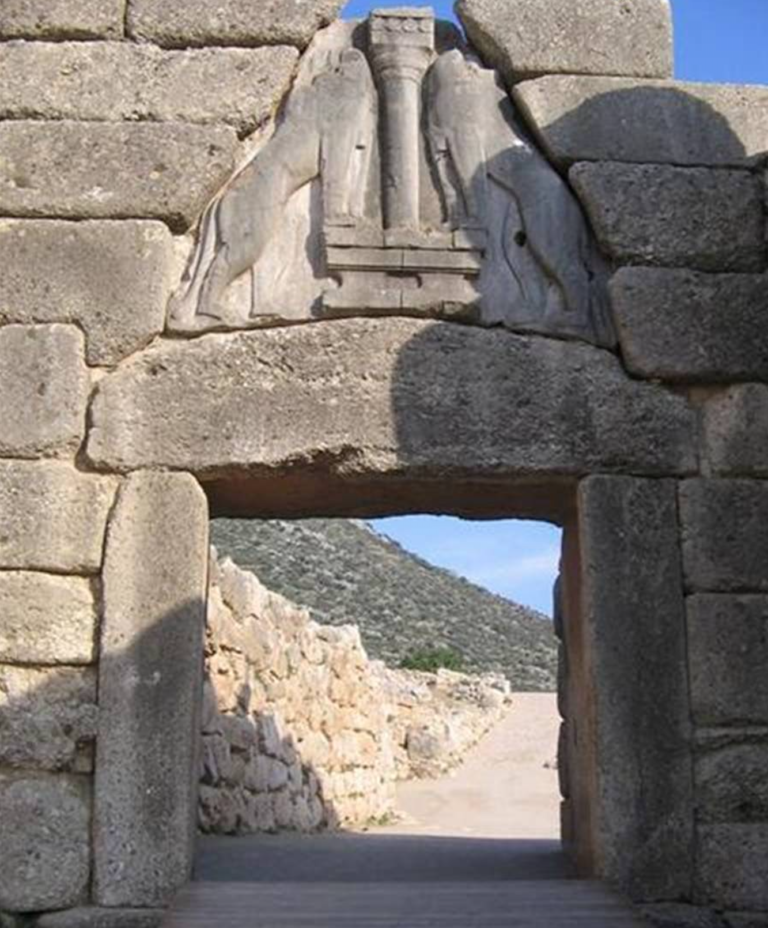 The Etruscans and Romans also used to adorn the antefixes and architraves of temples with these kinds of characteristic masks, considered as guardians able to create a barrier against any hostile forces.

Among the most commonly used symbols in the world are the Gorgons, monsters from Greek mythology, among which Medusa stood out. Medusa was certainly one of the most widely used subjects in the creation of apotropaic masks precisely because of her frightening appearance and the mythological character’s ability to petrify those who had the misfortune to observe her directly. 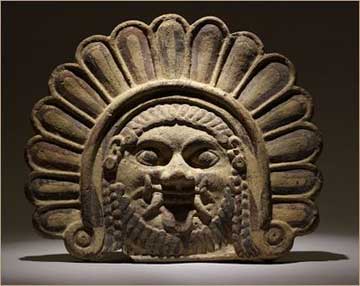 The tradition of using apotropaic masks against bad luck has lasted for millennia, certainly representing one of the most significant pagan legacies.
In the Middle Ages, many villages were characterised by huge masks placed at the main entrances to towns, always used with the intention of warding off negative influences in the community. 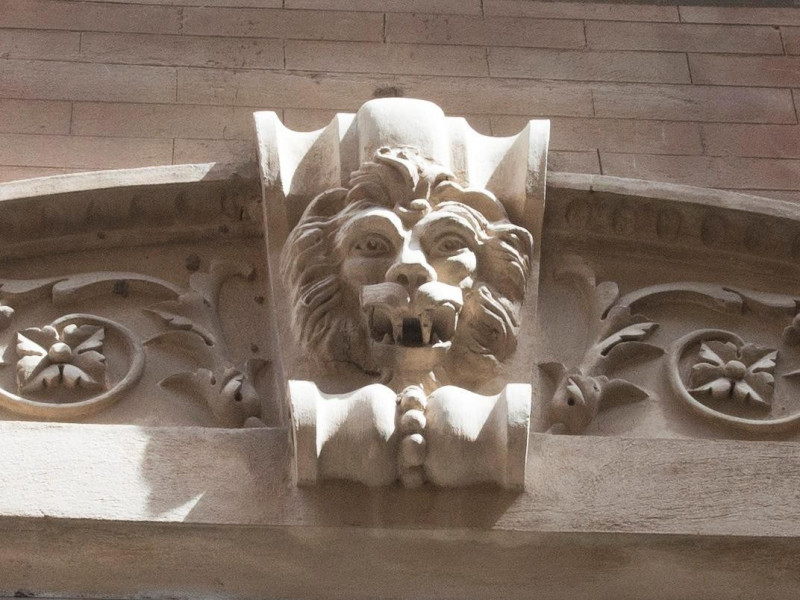 Italy, for historical and cultural reasons (thanks to the mix of Greek, Etruscan and Roman culture) is certainly one of the most significant places for apotropaic masks.

And particularly in Calabria, this tradition is still kept alive.
A very special mask produced in this land is in fact the Nasocchio, a handmade creation made of terracotta by expert ceramists, characterised by its expressive eyes and long, crooked nose which take on a superstitious function among the population. 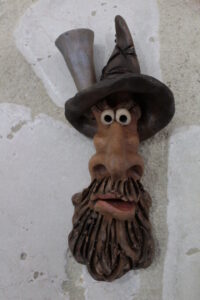 Many Calabrians still place such representations (as well as lions and shells etc.) near doors and windows, and every single artefact represents a cultural heritage inherited from all those ancient peoples who considered these masks as very effective amulets against evil influences, bad luck and also envy.