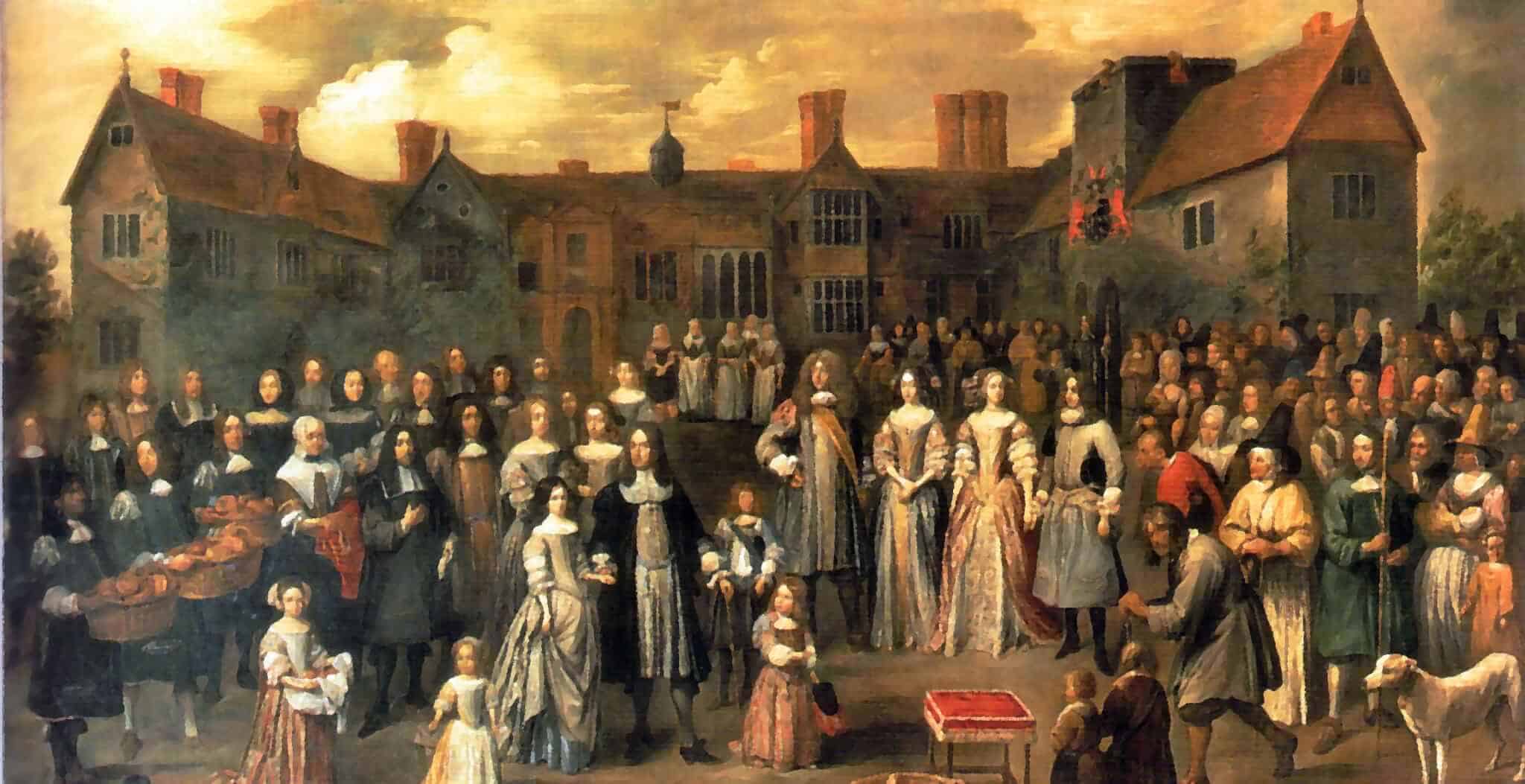 Every Lady Day, March 25, (otherwise known as the Feast of the Annunciation) the villagers of Tichborne in Hampshire, UK, gather to collect the Tichborne Dole. Two tons of flour is blessed then distributed to the villagers who come bearing shopping bags, pillow cases or whatever they can find to carry home up to 28lbs of self-raising flour per family.

The dole was established in the twelfth century and has been distributed ever since almost continuously except for one brief stint between 1796 and 1836, and therein lies a tale that would culminate in the famous case of the Tichborne Claimant

In 1796 the Tichbornes decided to stop the dole, as through the centuries the dole had become an event frequented by many paupers and vagabonds from surrounding villages – which made the whole event untenable.

But Lady Mabella had the last word. Her curse decreed that if any of her successors failed to distribute her dole, a severe penalty would be inflicted upon them. The family would be delivered a generation of seven daughters (immediately following a family of seven sons), the family name would die out and the ancient house would fall down. This myth was to become reality. In 1803, part of old Tichborne House collapsed into ruins, and at the time, there were seven Tichborne sons.

Misfortune struck the family in other ways too. George, the sixth son, died in 1802, aged only 13. In 1806, John, the fifth son, died in the East Indies. Four years later, Benjamin, the second son, died in China – a bachelor like his brother John. A few years later, Roger (son number seven) died – he was married but childless.

Henry, the eldest son who succeeded to the baronetcy in 1821, fathered seven daughters and in 1826, Edward, the third son, changed his name, so the estate came under ownership of the new family of Doughty. He produced the male heir so desired by the Tichborne heritage but, in 1835, the six-year-old Henry suddenly died. Edward Doughty immediately revived the Dole, and the family has lived at peace, along with the traditional dole, ever since.

However, the curse had still not played itself out entirely. That child’s right to the title was challenged by Thomas Castro, and much of what was left of the family fortune, at least £90,000, was spent defending the case. The baronetcy finally expired in 1968.

Next article The Mop Fair