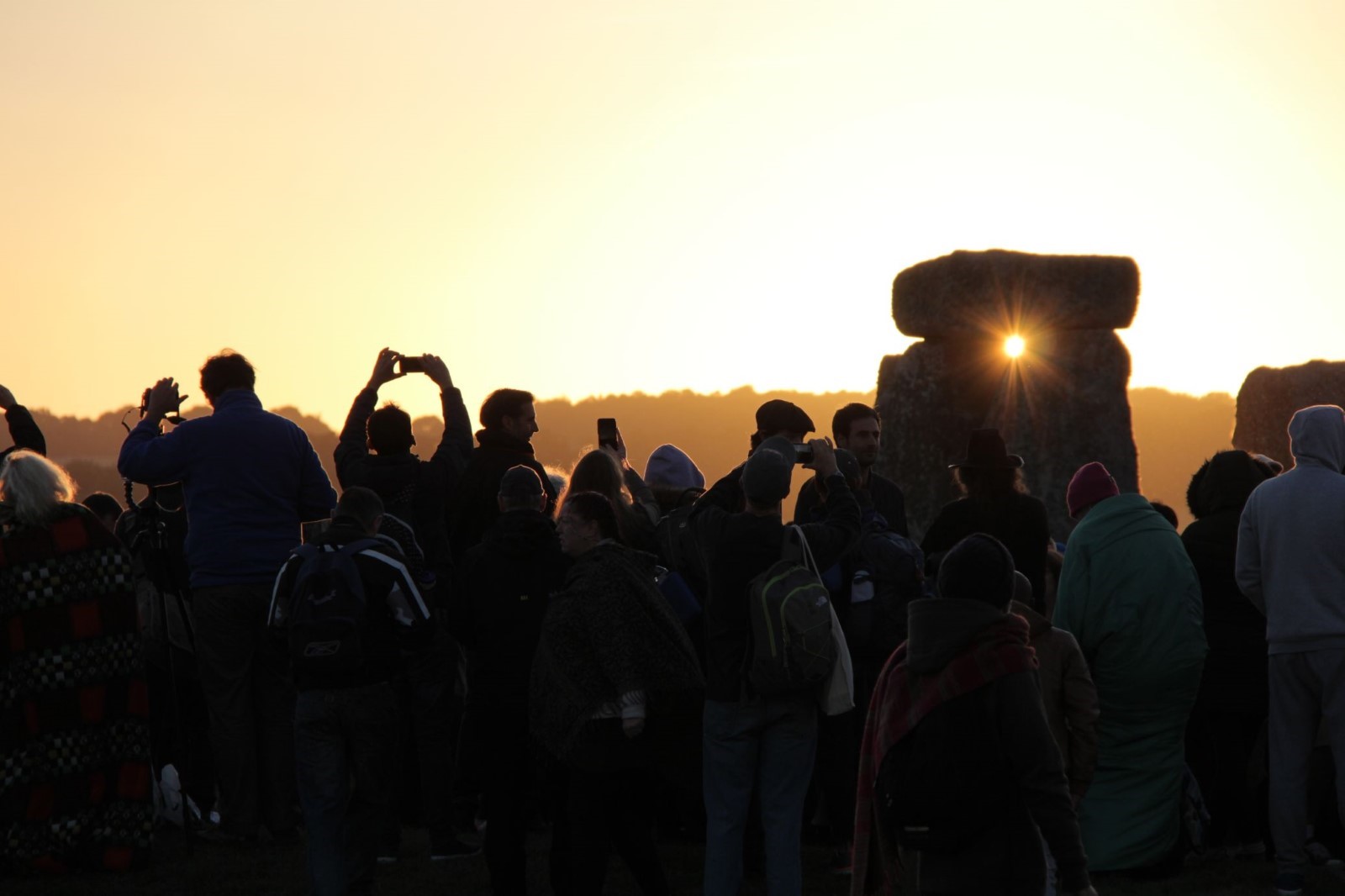 The Summer Solstice (21st June) is the day that the sun climbs to its highest point in the sky. This was originally the day on which people celebrated midsummer.

The word ‘solstice’ comes from the Latin words for sun (sol) and to stand (sistere). It’s the time of year when the position of the rising or setting sun stands still in its movement along the horizon.

Summer solstice occurs on the longest day of the year, usually 21 June, although the sun’s position remains in pretty much the same place for a few days either side. For Neolithic people, sunlight would have been crucial – for warmth for them and their animals and for helping their crops to grow.

During the summer solstice, the earth’s axis is tilted at its closest point from the sun. This means that in the northern hemisphere, the sun is at its highest point in the sky. It’s also the longest day of the year – and the shortest night.

It would have been relatively easy for prehistoric people to observe the rising and setting positions of the sun each day, and to mark these orientations from any given spot.

The stones near Amesbury at Stonehenge in Wiltshire, that were set up in about 2500 BC, were carefully designed to align with the movements of the sun. Standing in the centre of the monument at summer solstice, the sun rises just to the left of a large standing stone outside the stone circle, known as the Heel Stone, seen through a gap in the outer sarsen circle.

Excavations have shown that the Heel Stone may have had a partner and so the sun would have risen framed between the two stones. The first section of the Stonehenge Avenue is also aligned on this same axis. There is a second alignment to the south-west, in the direction of the winter solstice.

It is likely that people gathered at Stonehenge at both midsummer and midwinter solstices to conduct rituals and ceremonies relating to the changing seasons, the sun and the sky. It must have been important to align their monument with the movements of the sun but we may never know the exact reasons why.

The longest day of the year would have perhaps been a time of celebration, with warm nights and long daylight making it the perfect time to gather together.

Stonehenge is not the only Neolithic monument in this landscape with astronomical alignments. The concentric timber ovals at Woodhenge in Amesbury were also orientated on the midsummer sunrise.

Another timber monument, the Southern Circle at Durrington Walls was also aligned on the midwinter sunrise. These were places of communication, where the power of the skies and celestial bodies could be brought down to earth.

Next article A glimpse into Calabrian food, language & culture