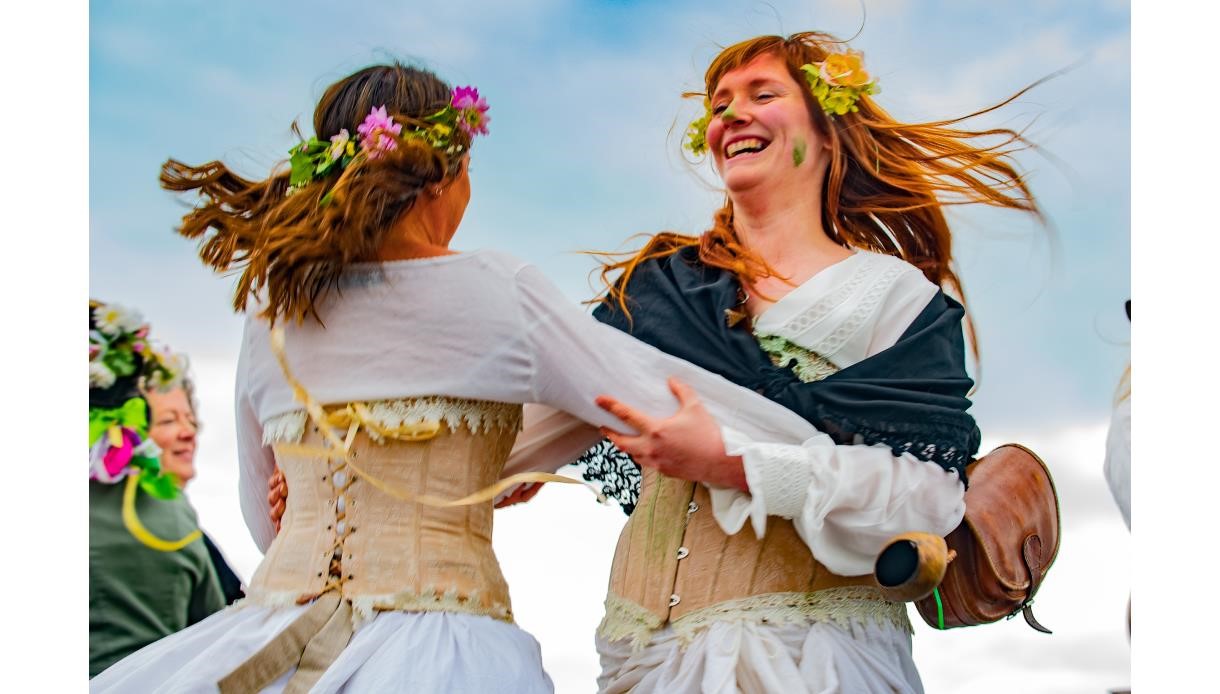 Jack has been an important character in May Day celebrations since medieval times; some claim he is even older than that, a relic from the days of ancient tree worship.

Jack in the Green, also known as Jack o’ the Green, is an English folk custom associated with the celebration of May Day. It involves a pyramidal or conical wicker or wooden framework that is decorated with foliage being worn by a person as part of a procession, often accompanied by musicians.

The tradition died out in the early twentieth century. Later that century, various revivalist groups emerged, continuing the practice of Jack in the Green May Day processions in various parts of England. The Jack in the Green has also been incorporated into various modern Pagan parades and activities.

The Jack in the Green tradition has attracted the interest of folklorists and historians since the early twentieth century. Lady Raglan—following an interpretive framework influenced by James Frazer and Margaret Murray—suggested that it was a survival of a pre-Christian fertility ritual. Although this became the standard interpretation in the mid-twentieth century, it was rejected by folklorists and historians following the 1979 publication of Roy Judge’s study on the custom, which outlined its historical development in the eighteenth century.

In the 1970s, Gordon Newton and his Motley Morris troupe revived the custom in Rochester, Kent. This grew in popularity, and was expanded into the broader May Day Rochester Sweeps Festival.

Another revival occurred in Hastings during 1983 and has become a major event of the Hastings Old Town calendar. Ilfracombe in North Devon has had a Jack in the Green procession and celebration since 2000. It is participated with by local schoolchildren, dancing around the maypole on the sea front, and by local Morris men and dance groups from in and around the district.

Jack is a colourful figure, almost 3 m (9.8 ft) tall, covered in greenery and flowers. In Whitstable, he is accompanied by two attendants, representing the legendary figures of Robin Hood and Maid Marian.

In Hastings, he is also accompanied by attendants, here known as Bogies, who are completely disguised in green rags, vegetation, and face paint. The attendants play music, dance and sing as they guide Jack through the streets to celebrate the coming of summer. Revivals of the custom have occurred in various parts of England.