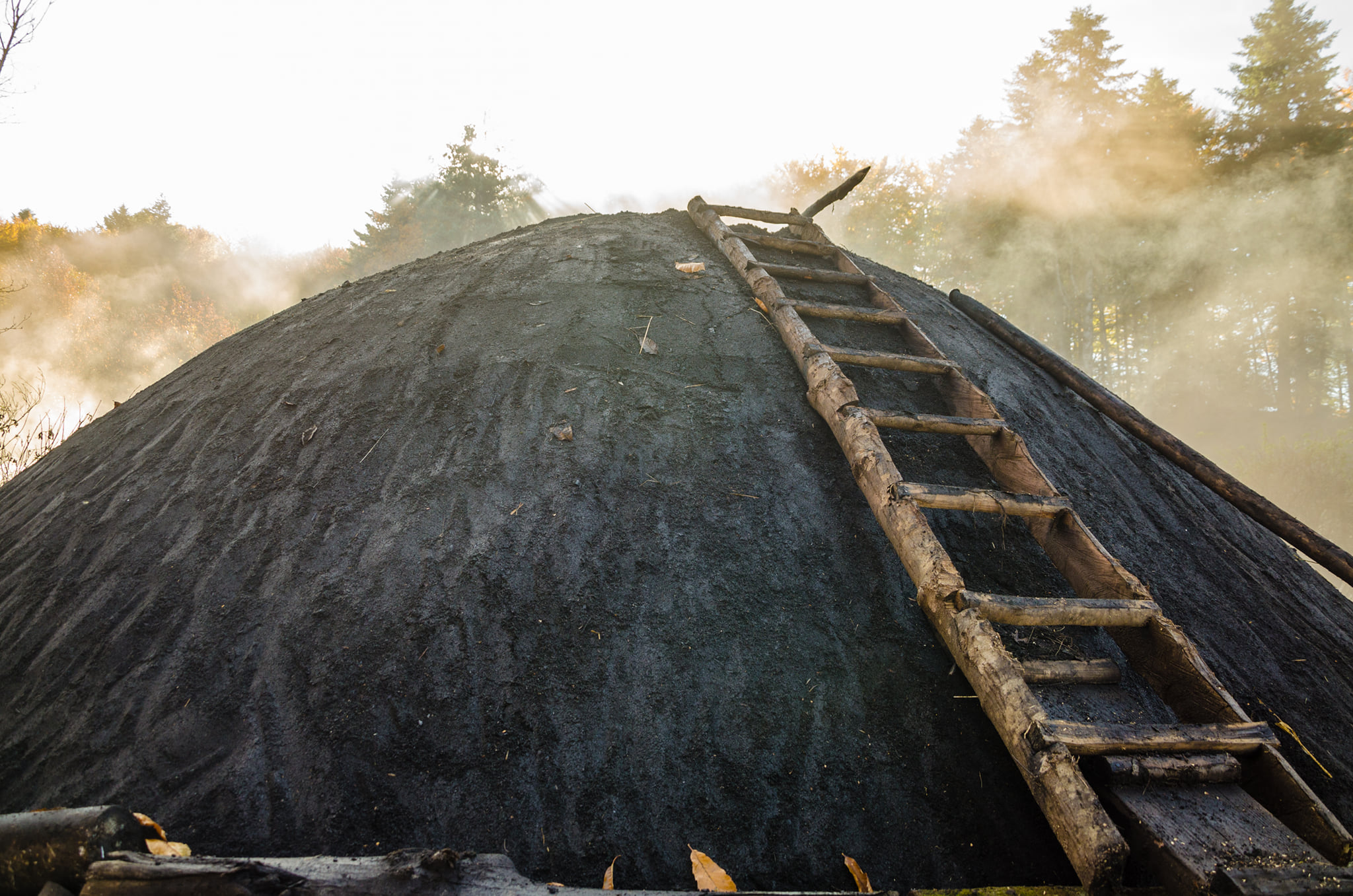 We can say that making charcoal is the mother of all modern crafts: for several millennia burning charcoal was the only way to reach the really high temperatures needed to smelt metal and fire pottery. The crafts of wood cutting and charcoal making constituted important occupations for many mountain communities since the early years of the XX century, evidence of the close bond that for centuries has existed between man and nature. In a land repository of ancient traditions as Calabria, the charcoal production represent an age-old trade handed down from generation to another.

In Serra San Bruno, a town located in the province of Vibo Valentia, wooden domes covered in mud stood up to six meters high as result of a long process at the hands of the charcoal makers, also known as “Carbonai”. Living memory of the popular knowledge handed down to this day, they have been applying the same methods dating back to Phoenician times. Charcoal production is perhaps one of the last active sectors of industrial archaeology of which the whole area of the Serre was rich in the not so distant past. In fact, one can still remember the dozens of production sites scattered throughout the dense vegetation of the mountains of this area.

Centuries later, still today, it is possible to spot those smoking “scarazzi” which allowed the complete dehydration and cooking of the wood and that led to the charring. The geometric shape of the “scarazzo” is what stands out the most: a perfect dome with a circular base that before being buried resembles the dwellings of certain cultures far away from us.

Despite being hard work, today around the mountains of Serra, there are some functioning charcoal-burning sites, all of which are family-run. These sites bear witness to an endangered activity that for centuries has constituted an important point of reference for the local economy.

Next article Harvesting the green gold of Calabria, Italy