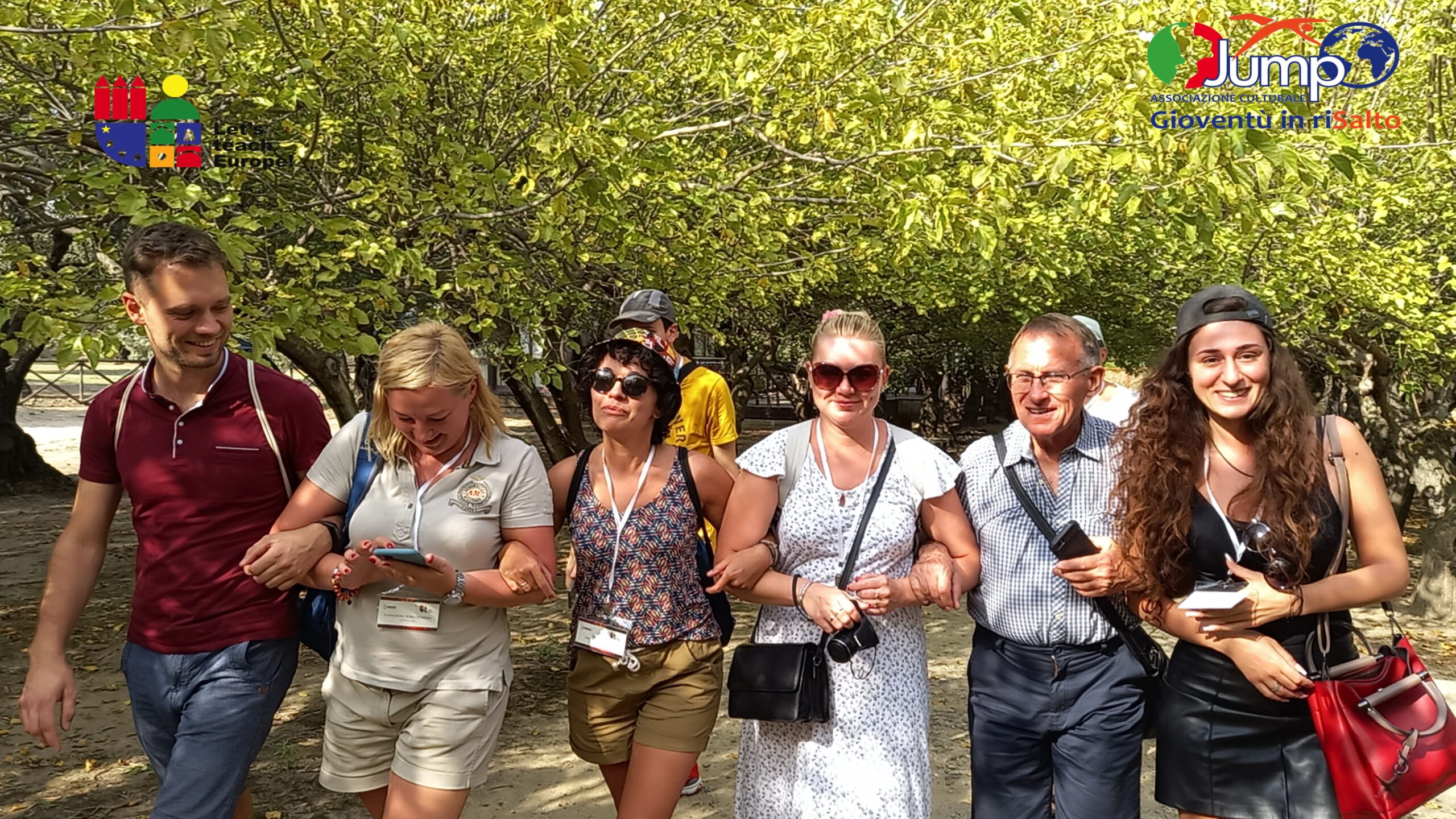 In September 2021, we visited a very interesting place in Calabria – SCOLACIUM. The weather and the company were great, as usual.

As you enter Scolacium, you can see a spectacular place, with a view of the Gulf of Squillace, centenarian olive trees, and monumental remains of a Byzantine Basilica.

But Scolacium has a long story to tell because before the Byzantine it was an important city, in the fascinating land of Magna Grecia. It was also a rich and powerful center for the Romans, as the archaeological remains can confirm.

The inspiring ruins that stand at the entrance to the Archeological Park belong to the Basilica of Saint Mary ‘della Roccella’, commonly called the ‘Roccelletta’, built by the Norman court of Palermo.

Over the centuries the complex was used for many purposes ranging from a fortress to pens for animals.

Scolacium Archaeological Park is in the middle of a rural complex. This old, wide, olive building was part of the Bishop of Squillace’s property.

In the 19th century the land was used for agricultural activities and olive oil was produced there. The grand floor of the building is today a restored olive oil press.

Here is an olive mill which is believed to be an important example of industrial archaeology because of its electromechanical construction. It was considered one of Italy’s most modern olive mills at the beginning of the last century.

The theatre of Scolacium is the most representative among the theatres of the Roman era in Calabria both for its architectural structure and its spectator capacity.

On that day, later on, we also saw the ceramics of Squillace, where we could see how ceramics are made, and even buy some souvenirs.

It was a very historical day, and it was a pleasure for me to write a little bit about it, as I do love history.