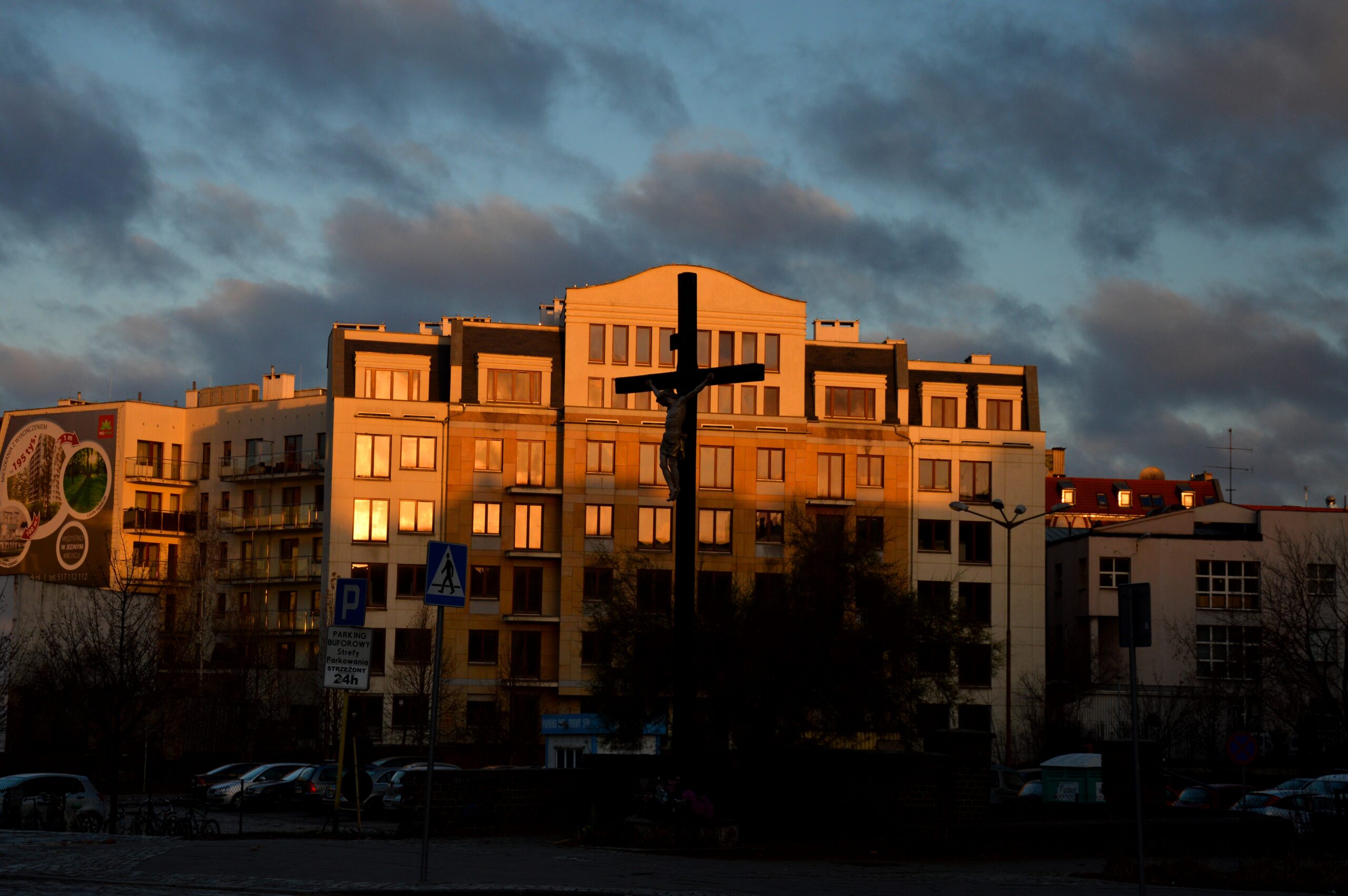 In 1736 the largest flood in the history of the city destroyed everything on its way. People had to flee, leaving behind all their belongings. In addition, the water brought diseases with it. You could not drink it, even after cooking, you could not wash with it, because it was dangerous to your health. A young boy Kacper with his father, a local fishermen, were on their boat when they noticed that something was glistening in the water, near the bridge over Chwaliszewo. They began to row quickly to find out what it was. They came as close as they could, then Kacper leaned out of the boat to pick out the mysterious object. He was very surprised when his hand touched something cold and metal, which turned out to be very heavy. So, together with his dad, they grabbed the mysterious thing and pulled it onto the boat together. It was a golden figure of Christ on the cross. Kacper and his father lifted the cross and attached it to the Chwaliszewski bridge – it was safe there, because the water had not yet reached its spans. From this moment people started gathering near the bridge and they believed it was a good sign for them and that the miracle could happen.

Next morning, the bright sun shone over Poznań, the wind chased the rain clouds away, and the water dropped so much that people could start cleaning up. The joy in the city was great! Many residents believed that it was the appearance of the cross in Chwaliszewo that prevented Poznań from being completely flooded.

Next article Church of the Blessed Virgin Mary in Summo Posnaniensi