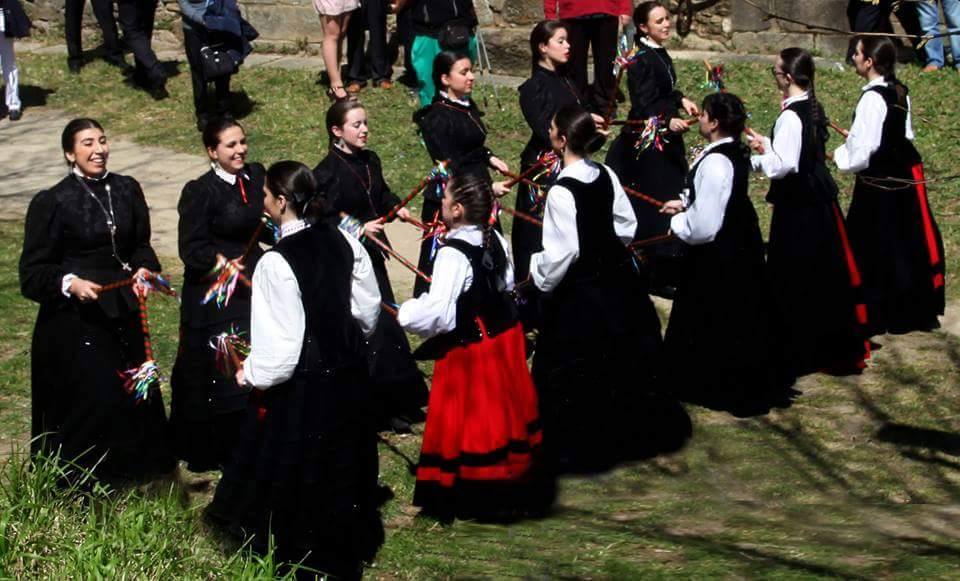 As in other parts of Spain, such as Seville or Zamora, the Holy Week in Galicia has different peculiarities that make it unique and an attraction to disconnect from routine life for a few days.

Customs of Holy Week in Galicia, unique in the world

Resurrection Sunday in O Bolo (Ourense). Inside the sanctuary of As Ermidas, more specifically, in the atrium, the encounter between Mary and the risen Jesus is represented. After that, a party takes place in which octopus is eaten, prepared by the local pulpeiros (cookers specialized in cooking octopus).

Dance of “Os Paos” from Finisterre (A Coruña). Also on Easter Sunday, in the Coruña municipality of Finisterre, the biggest festival of its Holy Week takes place: that of Santo Cristo. Protected with a declaration of national public interest, it consists of the live representation of the peak moment of the Christian religion. When the actor who represents Pedro proclaims that Jesus has risen, both the actors and the public present sing the Alleluia, the flags stop flying at half-staff, fireworks and fence bombs sound and the most awaited moment arrives, the Danza dos Paos, a stick dance that has been danced since the 17th century, as a tribute to the Virxe das Areas.

The Craft of Tebras in Foz (Lugo). It is a tradition in recovery, which occurs at the same time as various Holy Week masses. Characterized by a deafening noise, coming from noisemakers, it recreates the last minutes of the life of Jesus Christ. The act has been taking place in the basilica of San Martiño de Mondoñedo for 11 years, when it was restored after almost 100 years of silence.

The procession of the Holy Encounter of Cangas (Pontevedra). On the afternoon of Good Friday, in an atmosphere of recollection, different steps, costaleros and brotherhoods walk through the center of the town accompanied by music of drums and bagpipes.

Palm Sunday in Burela (Lugo). Around a quarter to 12 in the morning, a procession with Jesus, his 12 apostles, the group of bagpipes “Ledicia” (Joy in Galician) and the steps of the Borriquita depart from the Plaza de A Mariña.