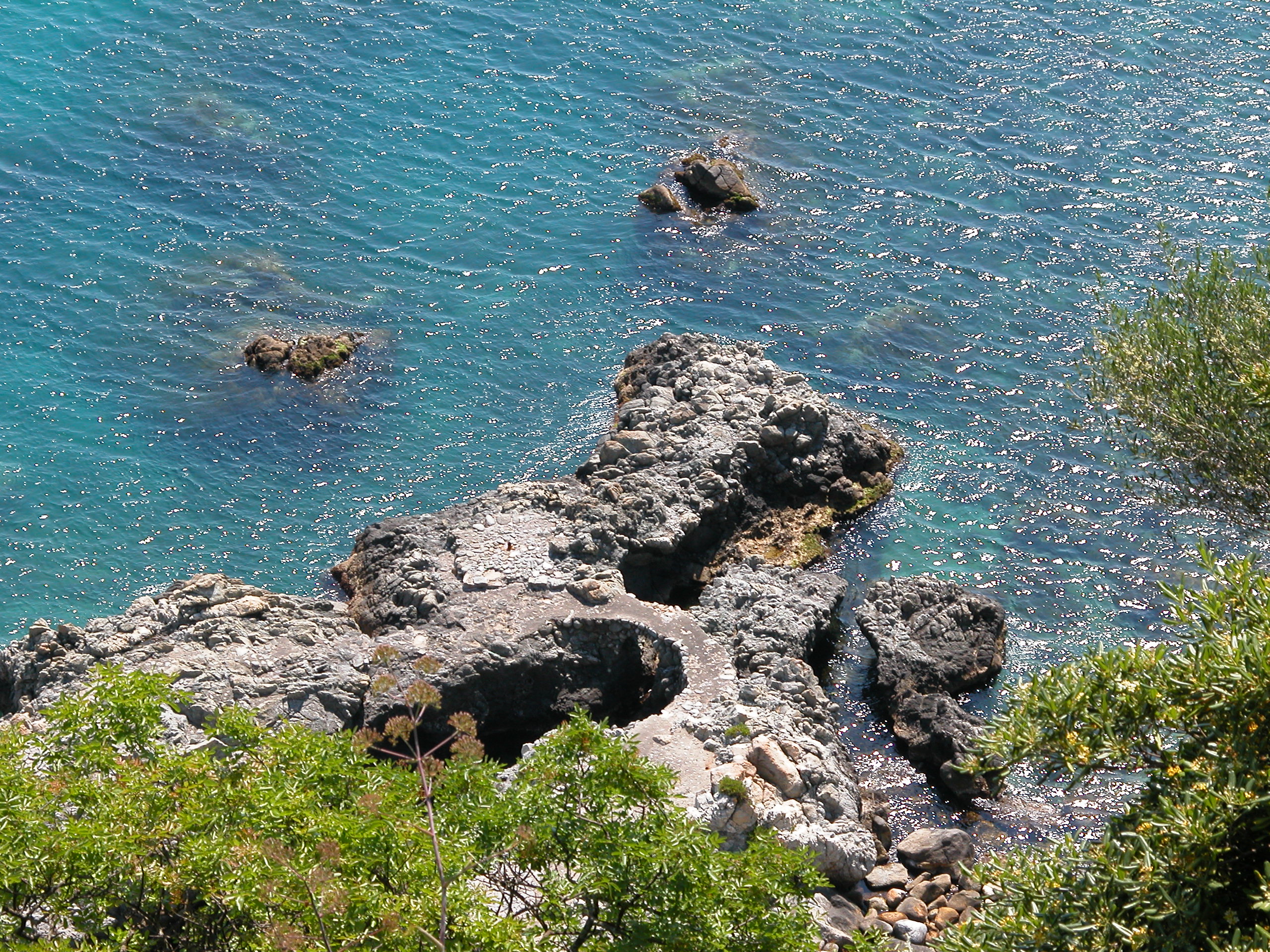 In the province of Catanzaro, along the “Coast of Oranges”, there are the beautiful “Vasche and Vivarium” of Cassiodoro located in the well-known seaside town Copanello di Stalettì, in the Gulf of Squillace.
The place is linked to the name of Flavio Magno Aurelio Cassiodoro, a world-famous man who was a politician, scholar and historian, presumably born in 485 A.D. in Scolacium, the ancient Squillace.

The foundation of the Vivarium Monastery dates back to 555 AD. The name derives from the nurseries for the breeding of the fishes, constituted by three tubs carved into the rock, that Cassiodoro used to transfer the various fish species fished in sea not destined to the feeding but to the study and the observation.

In fact, the vital function of the Vivarium was to be a place of worship, a catalyst of the culture of the time in which the monks studied and transmitted knowledge. Inside there was a library, a scriptorium, a room for copying and transcribing important documents and texts; a true spiritual, cultural and scientific nourishment for the whole of humanity, a sort of modern university.
Inside the library there were texts dedicated to the various sciences, Holy Scriptures, books on religion, philosophy and agriculture so that the monks could also become good farmers.

In the Early Middle Ages, after the dissolution of the Western Roman Empire, culture was not perceived as a need; hence the greatness of Cassiodoro, the politician, scholar and historian, who understood the importance of creating this place, where he retired to private life, to reap the fruits of the future culture from which Humanism and Renaissance would develop hundreds of years later.

In Via San Martino, the street leading to the Vasche of Cassiodoro, the remains of the ancient Church of San Martino have been found and, in the room beside, a stone sarcophagus with Greek inscriptions was found, dating back to the 8th century A.D., identified as the tomb of Cassiodoro.

Today the Vasche of Cassiodoro are a suggestive place where to bathe among the granite rocks and swim in the clear blue waters of the beautiful Calabria.