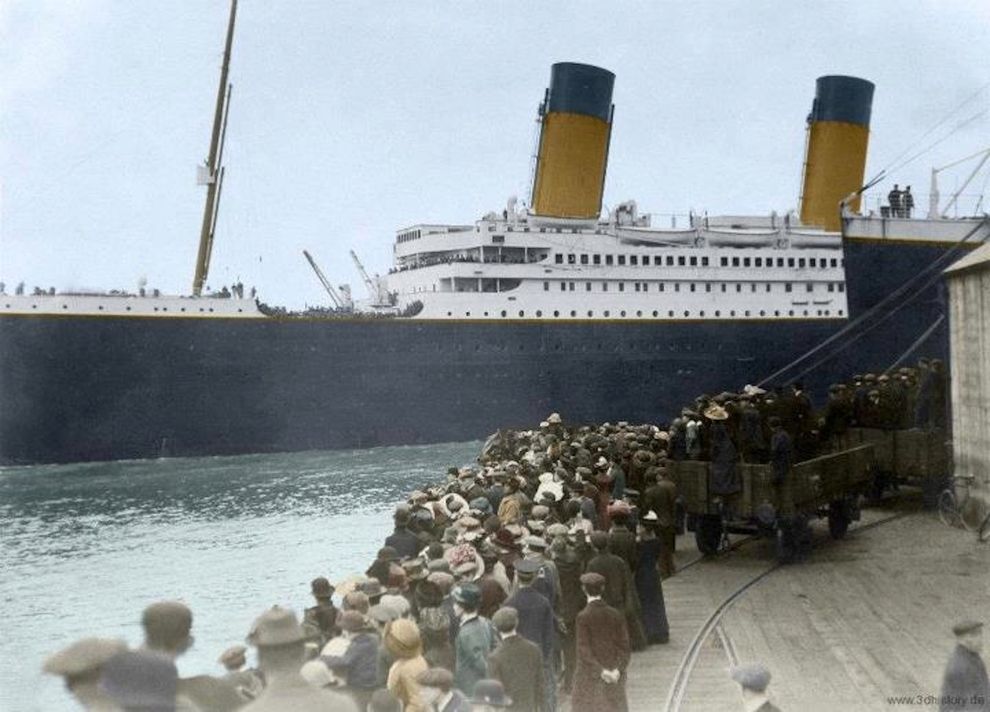 Titanic was a British passenger liner, that sank from Southampton to New York City in the North Atlantic Ocean on 15 April 1912, after hitting an iceberg on her maiden voyage.

After arriving from Belfast in Northern Ireland on 3 April, where the world-famous ship was built, Titanic remained docked in Southampton for a week before welcoming passengers and crew aboard on April 10 and setting out to sea at noon that day. From Southampton, Titanic docked in Cherbourg, France and finally Queenstown, now Cobh, in Co Cork in Ireland before heading for New York City.

Of the estimated 2,224 passengers and crew aboard, more than 1,500 died, making the sinking at the time the deadliest of a single ship in the West and the deadliest peacetime sinking of a superliner or cruise ship to date.

A century on, throughout the city there are still individual memorials to victims – engineers, musicians, postal workers – and buildings intimately linked to the events of April 1912.

As the Historian Jake Simpkin underlines: “For that week flags flew at half mast, the papers were full of obituary notices and Southampton was at the center of world attention – it was very sad.” (Hyslop, 1994)

The Northam Girls’ School log for 15 April reads: “A great many girls are absent this afternoon owing to the sad news regarding the Titanic, fathers and brothers are on the vessel and some of the little ones have been in tears all afternoon.“

With so many breadwinners lost, hundreds of families faced being plunged into poverty. Most seamen had no kind of insurance, their employment only lasted as long as they were on board ship. Some employment records even show dead crew as being “discharged at sea”. With the Titanic disaster dominating front pages around the world, donations for a relief fund for families flooded in. While the financial consequences could be dealt with, the emotional scars ran deeper. Many survivors struggled to come to terms with the fact they had lived while so many had perished. (Hyslop, 1994)

SeaCity museum, in Southampton, England, which opened on 10 April 2012 to mark the centenary of RMS Titanic’s departure from the city. The museum explores the lives of Southampton’s working-class crew, and the impact that their tragedy had on the city’s families. It does so by offering a virtual tour of the ship.

Visitors will be able to experience the sights and sounds of Southampton in 1912, when it was home port to some 23 steamship companies including Royal Mail, Union Castle and American Lines. The town was bustling with activity and the local economy flourished with new shops, restaurants and businesses.

Through powerful oral testimony from survivors, the Disaster Room describes the sequence of events from the time the ship struck the iceberg to its sinking, and the rescue of passengers by the Carpathia.

Next article Jane Austen and her heritage in Hampshire