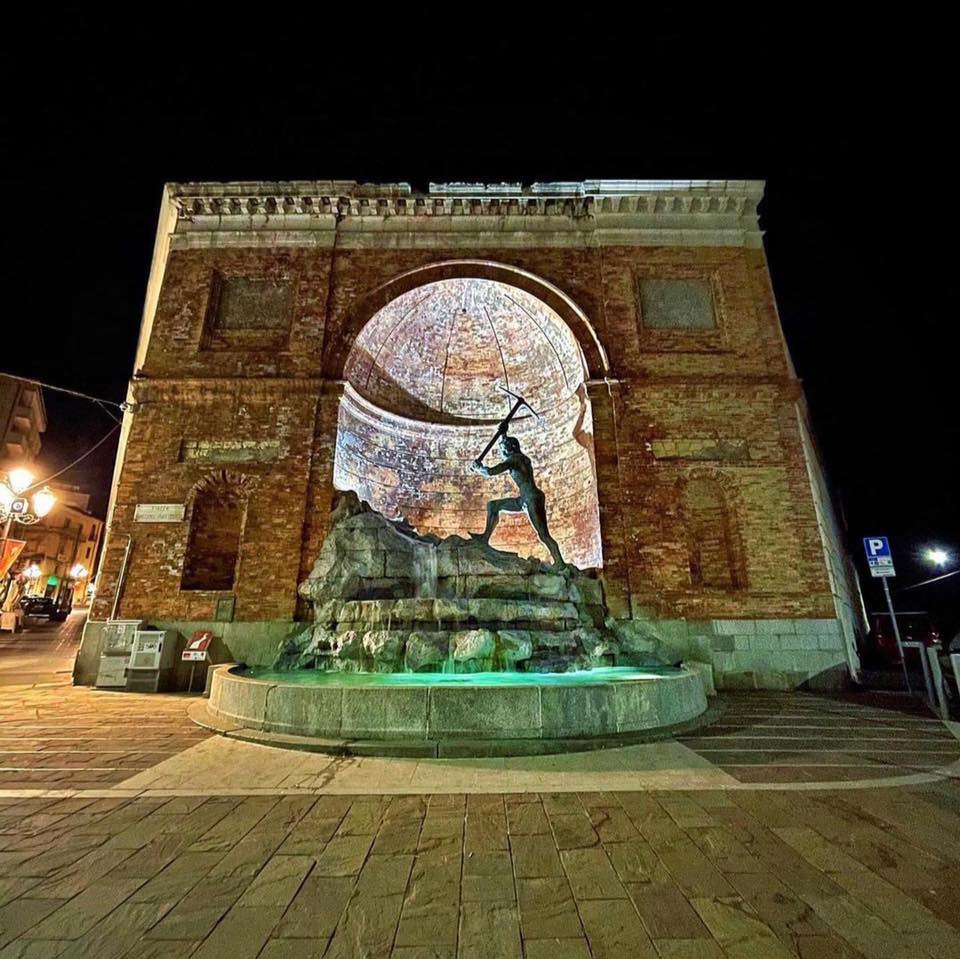 Between 1951 and 1954, the architect Giuseppe Rito realized a majestic bronze sculpture in the city of Catanzaro, capital of the Calabria region, symbol of work and tenacity of the citizens who for centuries have faced the hardships of a poor land torn apart by environmental disasters.

The Quarryman (“the man who digs the rock”) currently located in Piazza Matteotti in a niche surrounded by the boulders of the Norman castle (Monumental Complex of San Giovanni), is a man of muscular build, barefoot and with pickaxe in hand represented in the act of hitting the rock where the water flows from the monumental fountain.

It is a bronze sculpture on a grey granite base that creates a particular chromatic contrast; the technique of the striped clay creates an expressionist effect, and the incision of the material symbolizes the sign of the passage of life. The subjects represented are the emblem of social awareness and how hard life is in continuous conditions of struggle.

The sculpture of the Cavatore is not the only piace of art which surrounds Piazza Matteotti; the Calabrian artist Michele Guerrisi realized the War Memorial, later badly damaged by the bombings during the Second World War.

Giuseppe Rito, a well-known self-taught artist has left many traces of his passage, albeit brief on earth, realizing important sculptures such as “The two last goddesses Justice and Liberty” located on the steps of honor of the Palace of Justice in Catanzaro.

Next article The Carthusian Monastery of Serra San Bruno