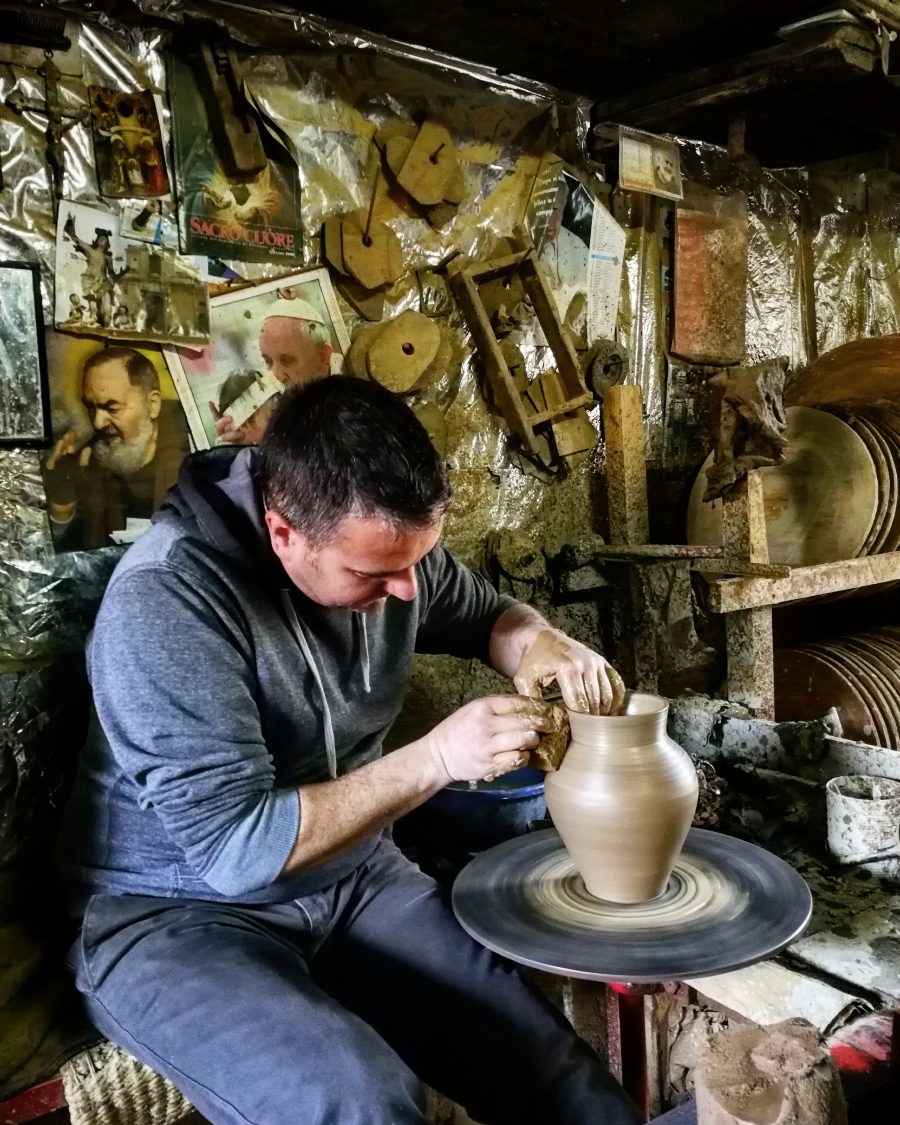 Gerocarne is a small village located on the Tyrrhenian side of the “Calabrian Serre”. Doubts remain about the origin of the name, which could mean ‘sacred meat’ or perhaps derive from the Greek surname ‘Jerocaris’.
One thing is certain, this small village has become famous over time for its ceramics, which have been worked since the 16th century until today. 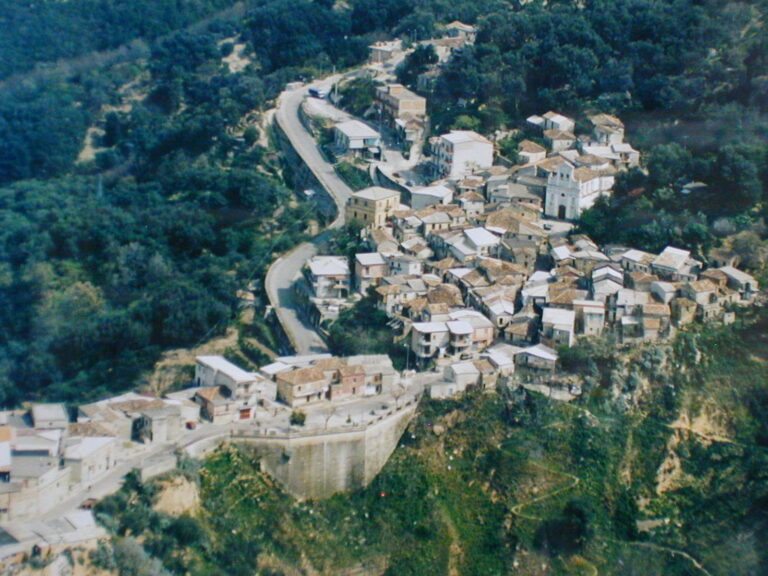 Despite the numerous seismic events that have repeatedly destroyed many buildings, it is still possible to see the ancient kilns of Gerocarne that arouse the curiosity and amazement of all those privileged visitors who admire the master craftsmen at work.

Artists, with skilful hands, able to create works of art through a series of steps that have been repeated for centuries.
“Every work created is unique and has its own history and identity”.
We are therefore faced with an immense cultural wealth and identity that leave an indelible mark on this remote Calabrian land.

Until the 1970s, potters were divided into ‘whites’ and ‘reds’, depending on the colour that the two different qualities of clay took on during firing.

The ‘whites’, “using greyish, ductile and silkycalcareous clay”, worked mainly on ‘cùccume’, larder vases and other engobed, glazed crockery, embellished with simple decorative motifs in copper green and ironstone yellow”.
The ‘reds’ used non-calcareous clay, “fat and fire-resistant, and specialised in the production of pots and pans of various shapes and sizes”.

The production of ceramics was therefore differentiated and characterised by the ‘secrets of the trade’, jealously guarded and handed down from the master to student.

Thus, those who mastered working with red clay were unlikely to have the ability to work with white clay, and vice versa (with very few exceptions, of course).
However, there was one thing that the work of the master potters had in common: the naturalness of the gestures and the attention to detail linked to commitment and sacrifice, the key elements of this ancient craft.

Currently, only the working of ‘red’ clay survives in Gerocarne, almost exclusively for the production of fire pans, bowls and jugs.

The various stages of processing:

The production phases of clay artefacts are divided into four processes.
In the first phase, the clay soil is extracted and beaten, any impurities are removed and the dough is prepared. In the second phase, the work surface is wet and the clay bread is placed on it to prevent it from sticking too much, then the same stone bread is placed on the wire and the object is shaped and then removed with the fio or lace, and left to dry. Then, after an initial firing, the objects are decorated with special colours obtained from certain metals such as cobalt, manganese, copper and iron oxide, known as tin. This is followed by polishing, which is done using a very ancient technique known as caging, obtained by immersing the red clay object in a liquid kaolin mixture.

Today, more than ever, there is a real awareness among the inhabitants of Gerocarne of the value of the ancient art of ceramics.

This tradition is kept alive by a small number of masters who still manage to create rare works of art in their workshops.

These creations are not only a manifestation of love for an ancient craft linked to our region, but are also an attraction for all those visitors who are lucky enough to be captivated by the beauty of these works.