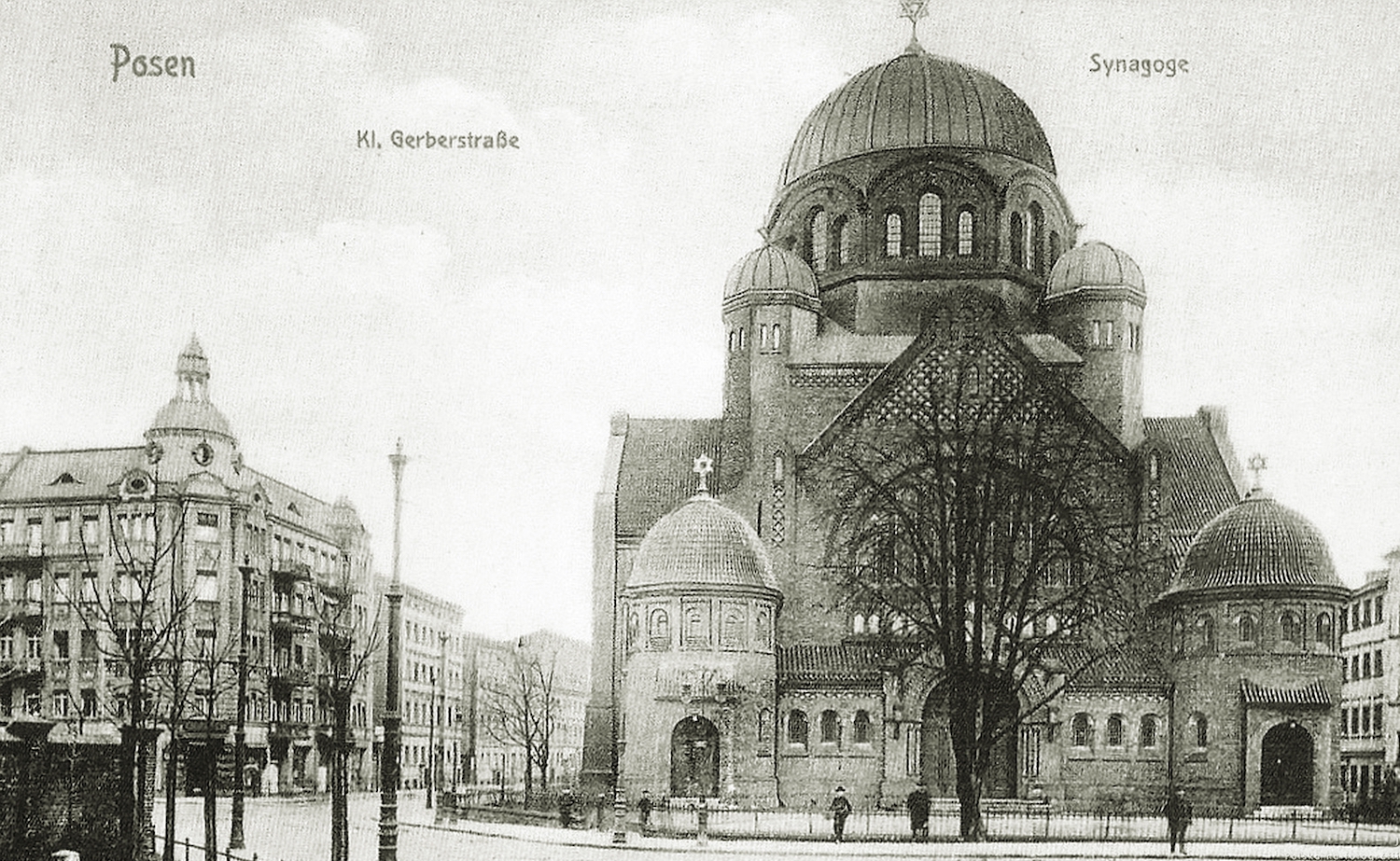 The Jewish Community in Poznań was one of the most important in the country. Along with Krakow, Lublin, and Lviv communities, it exercised superior authority over all Jewish communities in Poland at that time.

In the first years of the existence of the Jewish district, it was already the most densely built-up part of the city, developing very intensively. However, most of the Jews did not survive the horrors of World War II. In Poznań, from 1998, the Jewish district, which numbers about 50 people, was reactivated.

What to See in Poznań?

The Nazis were meticulous in their destruction of Jewish heritage and traces of it are few and far between today. Rather miraculously, however, Poznań’s New Synagogue  survived the war by being converted into a swimming pool and rehabilitation centre for Wehrmacht officers. The ‘swimagogue’ (as it was cheekily known) was returned to the Jewish community in 2002; however, disrepair forced its closure and plans for its restoration have stalled.

The early 19th-century Jewish cemetery was destroyed and its tombstones used to pave roads during WWII, after which the area was incorporated into the Trade Fair grounds. In recent times, however, steps have been taken to commemorate its existence with a memorial, which consists of the reconstructed graves of Rabbi Akiva Eger, his wife and son, and two other Poznań rabbis;

Matzevahs recovered from various streets have been placed in a lapidarium at the Miłostowo Cemetery  alongside mass graves holding the remains of around 1000 Holocaust victims. A memorial to the inmates of one of Poznań’s Nazi labour camps stands at what is now the Righteous Among the Nations Square, and commemorative museums exploring the horrors of forced labour and extermination are the Wielkopolska Martyrs Museum, located in Fort VII, a former death camp, and the Martyrs Museum in Żabikowo.

While on ul. Żydowska (the name in Polish means the Jewish Street), keep an eye out for the former Salomon Beniamin Latz Home for the Elderly and Infirm. Established in 1908 after the Latz foundation swapped properties with the Jewish Community, the home took the place of three synagogues that used to exist at the address; Another building of note is the former Jewish Library, founded in 1904.

This article was translated from Polish by Karolina Wójcik, KONTAKT, Poland

Next article Lugo, the oldest city in Galicia