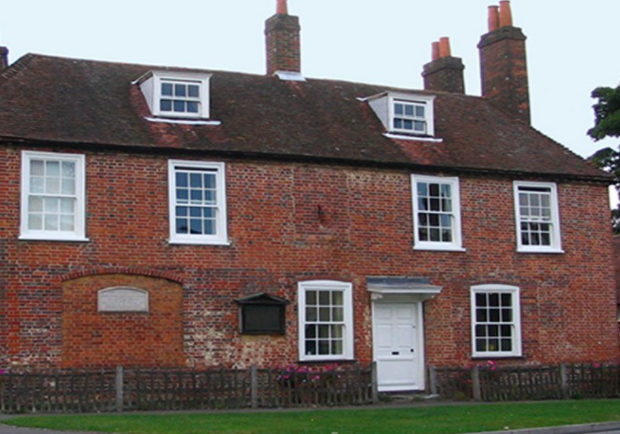 As it is said “if you are a really fan of the lady Jane Austen, then you should head forth to the South East of UK to chance upon a plethora of memorabilia and inspiration to her works.”

One of the world’s most famous authors spent most of her life in the historic county of Hampshire. Jane Austen was born on 16th December 1775 at her father’s rectory at Steventon, Hampshire. Not only Hampshire was the birthplace of Jane Austen, but many of her books, classics such as Pride and Prejudice, Emma, Mansfield Park and Sense and Sensibility, was inspired by the society and the landscapes of Hampshire.

Steventon Rectory is where she spent the first 25 years of her life. Sadly, after Jane’s father passed away in 1805, Jane, her mother and her sister Cassandra moved to Southampton. Since growing up in the countryside, Jane found life in a town quite challenging, but she also spent time wandering along the city walls of Southampton and enjoying excursions to Netley Abbey and the Itchen River.

Jane lived in the charming village of Chawton, near Alton, from 1809 until 1817, where her brother Edward owned Chawton House. The house she lived in Chawton Village, which is now known as Jane Austen’s House Museum, was to offered Jane, Cassandra and their mother by Jane’s brother.

Elsewhere in the village Chawton House Library has become an internationally respected research and learning centre for the study of early women’s writing from 1600 to 1830. Set in the manor house that once belonged to Austen’s brother, Edward, the library, house and gardens are also open to the general public.

Jane turned once again to writing and created her best works back in the countryside, including revising prior drafts of Mansfield Park, Emma, and Persuasion. Unfortunately, in 1817 Jane became ill and moved to a house in College Street, Winchester with her sister to be closer to her doctor. Sadly, after a couple of weeks nearly at the age of 41, she passed away on the 18th July 1817.

Although literary pilgrims from all corners of the world know where to come in search of “Jane Austen Country,” these days it is very convenient for tourists to visit Hampshire and have the chance to follow in the footsteps of the author who gave us amazing stories as Pride & Prejudice, Northanger Abbey and Sense & Sensibility.

Next article Slavic legends of Poznań