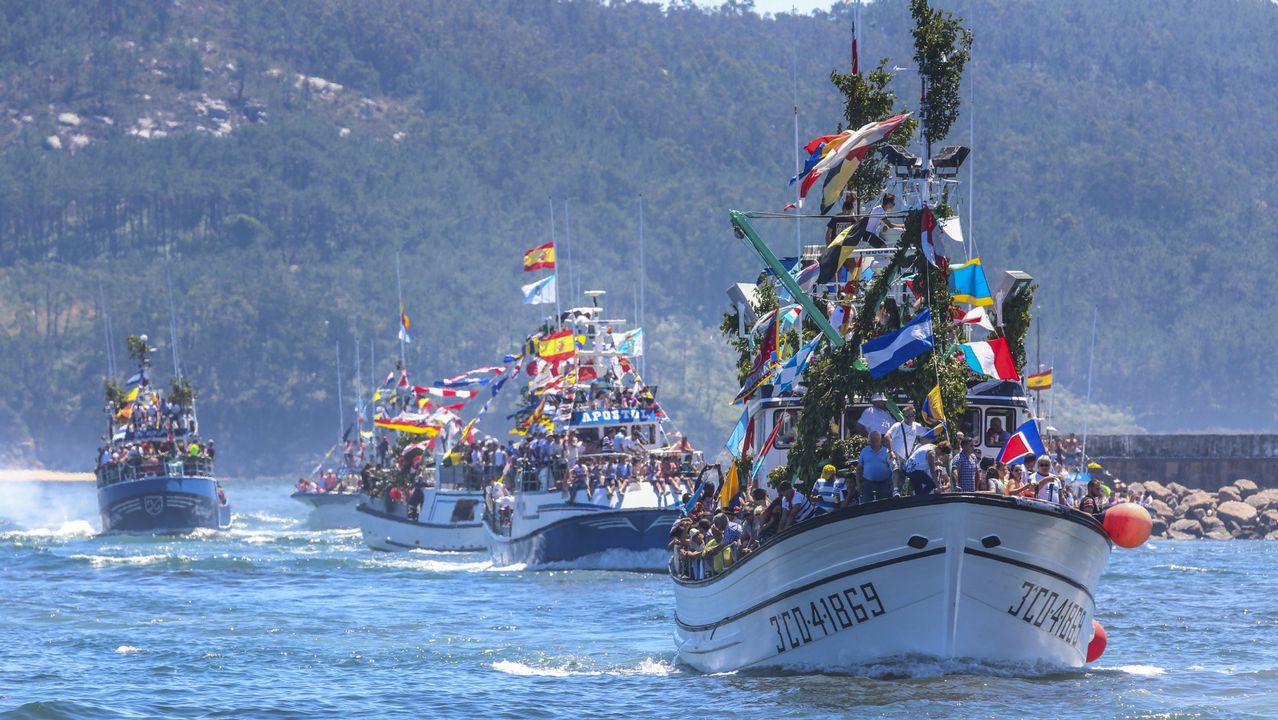 The Carmen festivity is a seafaring tradition that is celebrated in many towns on the Galician coast in honour of Our Lady of Mount Carmel or Virgin of Carmel. Carmel’s day is on July 16th. However, in many coastal towns it is celebrated on the weekends after so that they do not coincide with each other.

According to history, this festivity has its origin in the ancient Mount Karm-el, located in present-day Israel. The prophet Elijah had promised the people that if they abandoned the god Baal, the Lord would end the severe drought, thus demonstrating his power. According to religious writings, the prophet Elijah fulfilled his promise and settled in a grotto on that mountain, inspiring a group of hermits who retired to live on Mount Carmel, forming the Order of Our Lady of Mount Carmel. According to tradition, on July 16th, 1251, Our Lady of Mount Carmel appeared to the religious of the Carmel Order, Saint Simon Stock, handing him the scapular as a sign of protection and promising to free all who carried it from eternal punishment. The scapular received papal recognition in the fifteenth century and has been endorsed by the following pontiffs. It was Saint Simon himself who called the Virgin “Stella Maris”, “Star of the Seas”, encouraging the sailors to entrust themselves to Our Lady of Mount Carmel so that the fishing was good, the weather was clear and to overcome the dangers they face at sea. Since then, the day of Our Lady of Mount Carmel has been celebrated every July 16th.

Every July 16th, the coastal towns of Galicia smell of the sea, flowers, joy and devotion. After mass, the image of Our Lady of Mount Carmel is carried through the streets of the coastal villages to the fishermen’s boats. The procession continues by sea with hundreds of boats decked out for the occasion. It is a celebration of great beauty and colour, also accompanied by music, traditional dances, such as the dance beneath the arches, and fireworks.