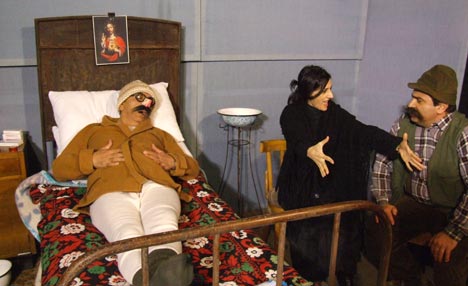 What does it mean to live in Calabria? Many will answer: enjoy an excellent climate, excellent food, excellent sea, excellent landscapes and much more. All right! But living in Calabria above all means breathing in the air of traditions. There are countless Calabrian villages that offer within them magical sites steeped in history and culture. However, what makes a Calabrian village even more fascinating and attractive is represented by the traditions of the place, by the customs that have been handed down from time immemorial. At first glance these traditions may appear meaningless, silly or even useless but if they are rigorously deepened they will be able to reveal a profound and at the same time very simple meaning.

We are talking about a real artistic and cultural heritage of these places that we have a moral duty to defend because of the inestimable value they contain so that they do not disappear. Today I want to tell you about a tradition that is carried on by a multitude of Calabrian villages, including mine which is Satriano. I’m talking about “Corajisima” and “Nannu D’aguannu” (literally: grandfather of the year).

In recent years we have seen several of them appear at the doors of our homes and this gives us hope that the tradition has not disappeared and that there is the will to keep it. But what is Corajisima?
Corajisima is a rudimentary rag doll, made with old fabrics with one of the local female hats on her head: “u jiattu“.

It is the representation of the wife of Carnival (in the local idiom: CARNALAVARI), or also known as “NANNU D’AGUANNU“, who died from eating an excessive amount of meatballs and a lot of other pork on Shrove Tuesday. Heartbroken Corajisima begins the period of mourning from the following day. From Ash Wednesday, therefore, throughout Lent. In the local tradition Corajisima is hung on the door of the houses for the whole time of Lent. Unlike many other Calabrian towns, our Corajisima does not have a calendar function, in fact it is not represented with the seven chicken feathers to be eliminated one a week until Easter.

The corajisima holds a spindle and a spool of wool in her hand to symbolize the passage of time. The black dress represents mourning, his thinness, abstinence and fasting. On Holy Saturday, upon returning home after the morning procession, it was burned. Thus ended the period of fasting, abstinence and Lenten restriction up to Easter. We can denote how this tradition is extremely linked to religious worship. In Satriano this tradition has often been staged through a small “theatrical performance“. The death of “Nannu D’Aguannu” and the desperation of “Corajisima” were represented with the help of local actors, all seasoned with secondary characters (The doctor, friends etc …) and a marked pinch of irony and comedy that made the little ones and the older ones laugh. After that, the procession of a fake coffin took place throughout the town in which the entire community took part. The puppet representing “Nannu D’aguannu” at the end of the procession was burned before the eyes of all present.

The last performance of this type in my country took place in 2007. 14 years have passed and this is a testimony to the fact that certain traditions are going to disappear. We have the moral duty to keep them alive to continue to make the unique and exclusive DNA of our territory live over time so that it can reach our children, our grandchildren and all the next generations.