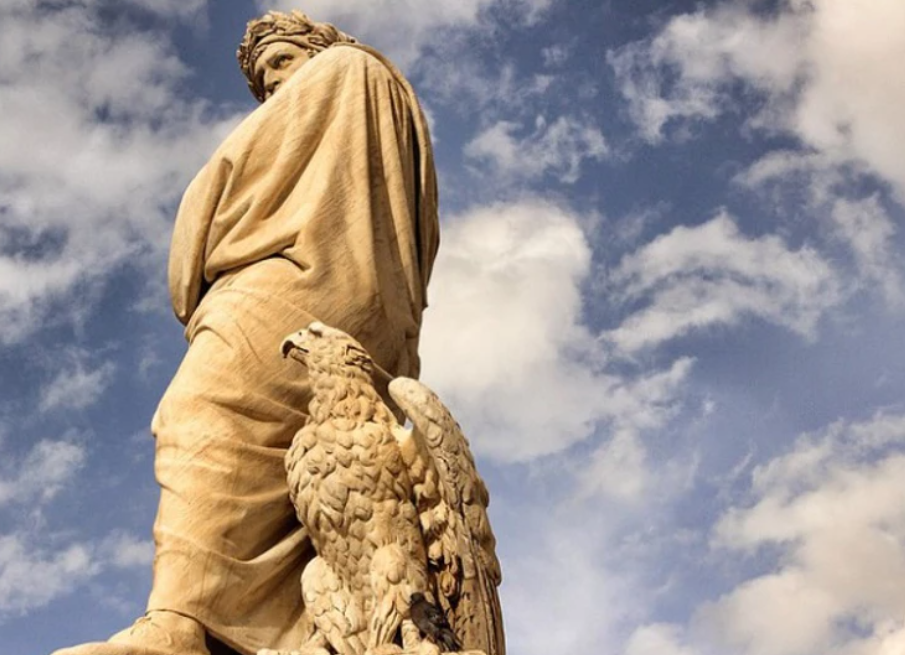 The seventh centenary of Dante Alighieri’s death is being celebrated throughout Italy with unique events and cultural moments commemorating the life and works of the Supreme. Dante represents the genius loci of the Italian language and culture. We, as Calabrians have many reasons to celebrate him worthily. In fact, there is a lot of “Calabria” in the famous Divine Comedy. In our region, since the nineteenth century, the Divine Comedy has been the most widely studied and studied classic, as well as being translated into Calabrian dialect. In his poem, Dante collected the words of all the dialects of Italy; the historian Apollo Lumini has counted no less than 59 words in our dialect, some of which are still in frequent use today among the local elderly and young people (here are just a few: accattare, allumare, jumara, cummattere, ammucciare, vacane, manca, guerciu, ciaramella etc.). Dante, who is an admirable guide to the things of Italy, reminds us of important places and characters in Calabria. Thus in Dante’s Paradise, Catona is mentioned (for some, today’s Crotone, for others, a place at the extreme tip of Calabria, only 5 km from Villa San Giovanni). Thanks to Abate Gioacchino, Calabria is still present in Dante’s third cantica, “lo calavrese abate Giovacchino, di spirito profetico dotato». (Par. XII, 140-141 ). Therefore, in a Europe that often disregards this part of southern Italy and in an Italy that all too often fails to value the richness of the Calabrian landscape and culture, Dante has reserved a safe place in paradise for Calabria.

Previous articleThe origins of the Way to Santiago