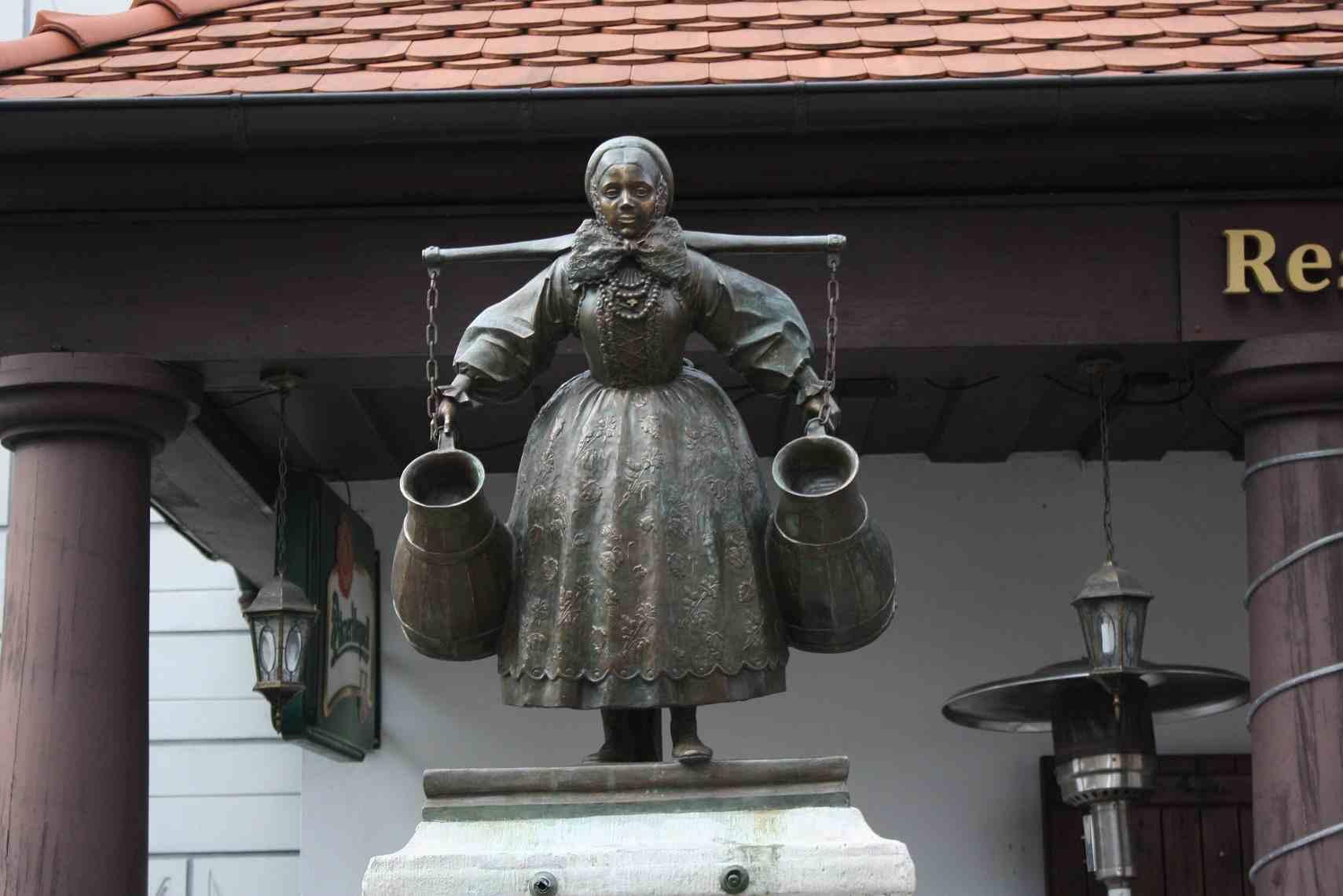 One of the most interesting local stories in Poznań is the story of Bambers. We have to go back to the beginning of the 18th century, the population of Poznań and its surroundings dropped dramatically due to the Great Northern War and the subsequent epidemic of plague. The first citizens were infected in 1709, and soon, the disease took its grim toll:

“In Poznań, already depopulated by the war, the number of citizens decreased from 12,000 to 3,000. The adjacent villages became almost completely desolate, and for some time, the city itself also stood almost empty. […] Weeds were growing in the Old Market Square, the clocks in the towers weren’t working, robbers were looting the devastated shops.” (Poznań historian Jarosław Burchardt in ‘Bamber, Czyli Swój Chłop’, a 2017 article by Onet.pl, trans. MK)

The population of Poznań decreased from 12,000 to 3,000 people. The city needed taxes and food that could not be provided by the neighboring villages, so German settlers from Bamberg were invited.

It was a tempting proposition for the settlers because in their homeland only one descendant could inherit the property, while in Poznań they received many privileges and special treatment. The Bambers assimilated with the local population very quickly. The first generation of Bambers born in Poland already called themselves Poles and Poznanians.

Bambers were very hardworking and resourceful, they quickly took over the bourgeois trade. They were also characterized by women’s folk costume, which was a combination of Bamberg and Greater Poland fashion. Currently, it is estimated that every fourth Poznań resident is a descendant of settlers from Bamberg.

According to historians, the colonists integrated with local Polish communities harmoniously. At first, the Bambers didn’t speak Polish, but eventually, quite a few of them learned the language of their new homeland to be able to attend the Catholic masses celebrated in Polish at their village churches. Also, Bamber children learnt Polish at school. After some time, mixed Polish-Bamber marriages started to appear.As a consequence of all this, by the beginning of the 19th century, some of the Bamber families were already Polonised. Still, most Bambers considered their German roots an important part of their identity. Many of them spoke both German and Polish.

You can watch the Poznań Bambers celebrations here:

This article was translated from Polish by Karolina Wójcik, KONTAKT, Poland