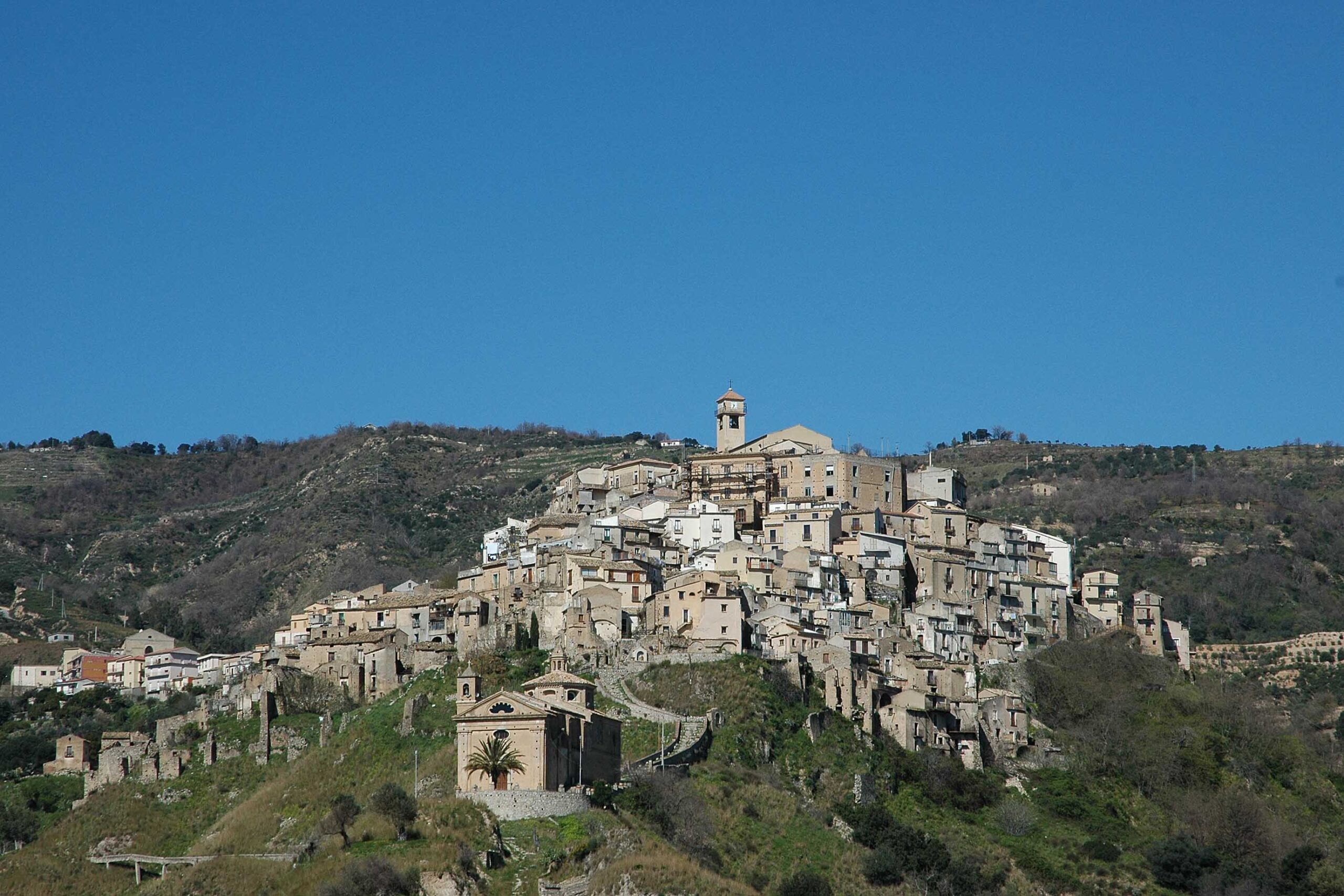 Badolato, Southern Italy, year 1986. This wonderful village built on a hill at around 5 km from the coast was getting empty and empty. The depopulation of the Ionian villages built on the top of the hills is a typical phenomenon for this region, where the inhabitants flow used to move from the top of the hills where these old villages were built, in order to be safe from the invaders coming from the sea, to the coast, where newer villages had recently been built.

Furthermore the emigration was another event influencing negatively the number of the inhabitants living in Badolato; they were leaving, running behind their dreams, starting their new lifes in other countries or even continents, bringing with themselves their customs, traditions, while their elderly stayed home, trying to find the way to survive without too much pain caused by that separation.

It was sad from the side of the one who decided not to leave, to see such a huge transformation of his native village. So Domenico Lanciano, at that time a librarian, gave custody of his scream to a journalist who wrote an article, where he put for sale his native village, as intelligent provocation and reaction to the scaring depopulation trend which was tormenting his loved village.

Although the depopulation trend couldn´t have been stopped by that article, it made the story of Badolato even more appealing and it surely contributed to attract many people to Badolato.

Nowadays a few people decided to move to Badolato, running behind their dreams, starting their new lifes in other countries or even continents, bringing with themselves their customs, traditions…and a new cycle has started.

Previous articleFirst stage of the Primitive Way to Santiago: from Fonsagrada to O Cádavo

Next article Linguistic heritage - Occitans: the smallest minority in Calabria