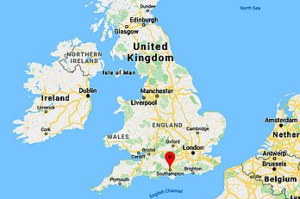 British culture was shaped by the past of the combined nations; its traditionally Christian religious life, its relationship with Europe’s cultures, England, Wales and Scotland’s customs, and the British Empire’s effects.

The individual cultures of England, Scotland, Wales and Northern Ireland are diverse and have varying degrees of overlap and distinctiveness, while British culture is a distinct entity.

UNESCO World Heritage Sites (WHSs) are recognised because of their outstanding value to humanity. They are irreplaceable sources of life and inspiration, and are seen as belonging to all the peoples of the world irrespective of the territory on which they are located.

England has 20 WHSs and they vary greatly in size, from entire cities (e.g. Bath) and regions (e.g. the Lake District) to small groups of buildings (e.g. the Tower of London). Some are compact (e.g. Durham Castle and Cathedral) and others stretch over substantial distances (e.g. the Dorset and East Devon coast and Hadrian’s Wall). The reasons for their inscription also vary greatly and include history, religion, culture, industrial development, scientific advancement, botany, landscape and geology/geomorphology.

English Heritage is the body that is responsible for heritage in UK. At the recent strategic pieces of work by English Heritage such as “English Heritage Strategy 2005-2010”, Making the Past Part of Our Future, and the English Heritage Corporate Plan 2011-2015.  What is interesting about both documents is what they omit – intangible heritage is not mentioned once as a term.  With regards to UK policy and English Heritage, Smith and Waterton (2009) discuss their notion of the ‘authorised heritage discourse’ (AHD) which has worked to impede not only the possibility of the UK signing up to the 2003 Convention, but also formally recognising the relevance of intangibility within England.  Though Andrews et al. (2007:125) see this notion as “highly controversial”, there is some merit to their argument based on evidence from various government publications (House of Commons 2006, 2009, 2012; DCMS 2007). 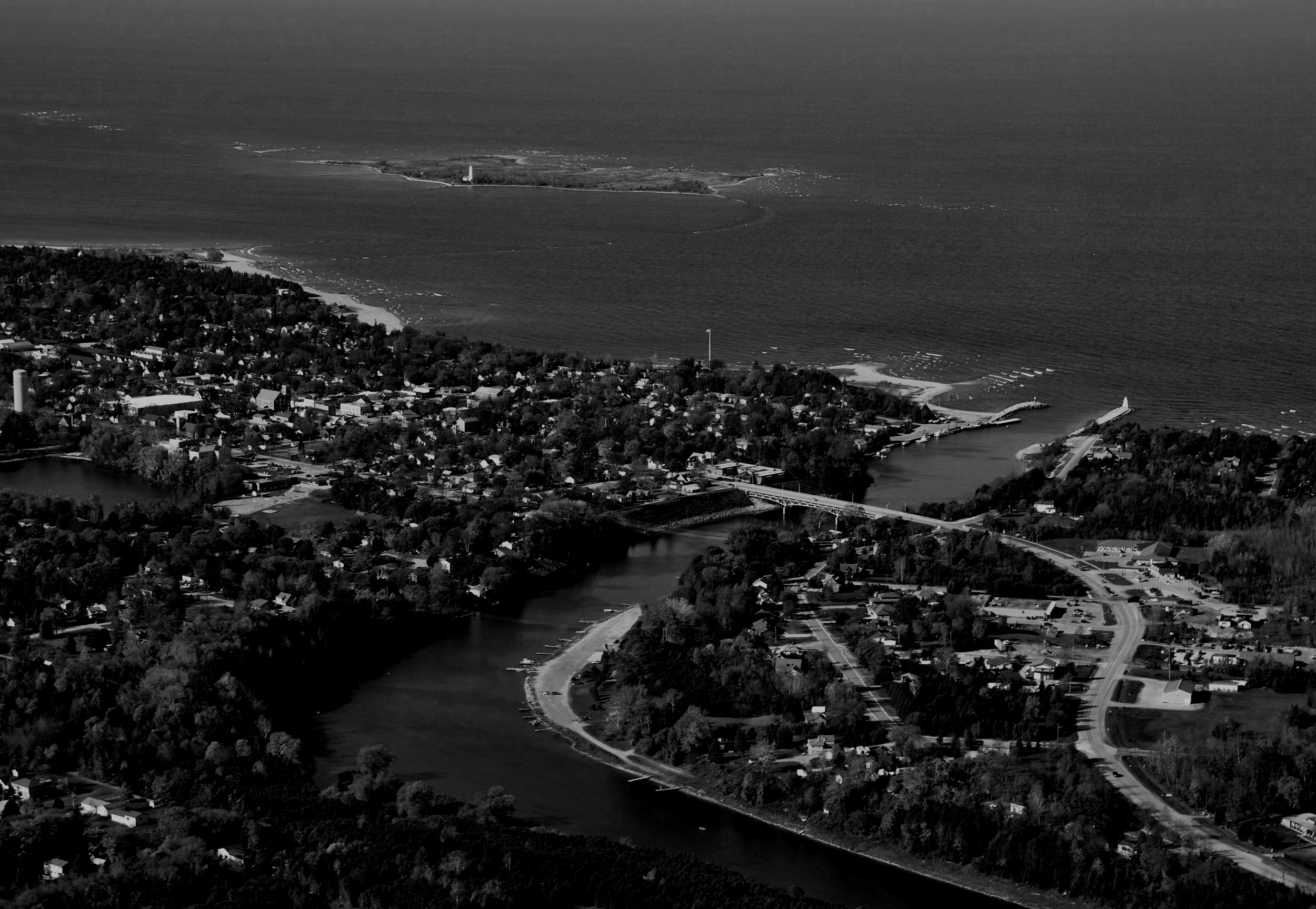 The city is home to the longest surviving stretch of medieval walls in England, as well as a number of museums such as Tudor House Museum, Southampton Maritime Museum; God’s House Tower, the Medieval Merchant’s House; and Solent Sk.

Moreover, Southampton has a wealth of archaeological evidence and remains. Archaeological finds suggest that the area has been inhabited since the Stone Age. Below the modern streets can be found evidence of prehistoric hunter-gatherer and farming communities, the Roman settlement of Clausentum, the Middle Saxon town of Hamwic, and the late Saxon and medieval town and villages that laid the basis for the modern city and suburbs. Some ancient walls and buildings survive above ground. The complex picture is constantly being amended and enhanced by new fieldwork and research.

Some fascinating properties of English Heritage located in general area of Hampshire such as:

Bishop’s Waltham Palace – Palace: Medieval palace ruins (together with later additions) used by the Bishops and senior clergy of Winchester as they travelled through their diocese.

Flowerdown Barrows – Tumuli: Three Bronze Age burial mounds, once part of a much larger ‘barrow cemetery’, including two bowl barrows, and the largest and finest disc barrow in Hampshire.

Fort Brockhurst – Fort: One of a number of forts built in the 1850s and 1860s to protect Portsmouth and its harbour against a French invasion.

Hurst Castle – Device Fort: Built by Henry VIII, it’s one of the most advanced artillery fortresses in England

Medieval Merchant’s House, Southampton – Town house: Home and place of business which was once on one the busiest streets in medieval Southampton.

Netley Abbey – Abbey: The most complete surviving Cistercian monastery in southern England, with almost all the walls of its 13th-century church still standing, along with many monastic buildings.

Southwick Priory – Priory: Remains of a wealthy Augustinian priory, originally founded at Portchester. It was once a famous place of pilgrimage. Only part of the refectory wall survives.

Throughout history, the city of Southampton has accumulated a plethora of urban legends and ghostly tales that have unfolded and developed over time. Despite this, people are often unaware of the stories that lie behind these mysterious fables and paranormal sightings.

In 1415, the Southampton Plot was a conspiracy to replace King Henry V with Edmund Mortimer, fifth Earl of March, by three men who were subsequently caught, trialled and executed. The Red Lion Pub now occupies the site of the trial, and it is here that visitors have witnessed a ghostly, mournful procession leaving the pub, and heard the sound of heavy boots stomping in the cellar. Due to the lack of trial documentation, however, it has been speculated that the trio were wrongly accused of the conspiracy, although they are believed to have been guilty of other offences – perhaps the pub’s spectral activity is the men returning for vengeance? Overall, the pub is reported to have 21 resident ghosts and electrical equipment is said to often randomly switch on and off.

The Merchant’s House, at 58 French Street, is one of the earliest surviving houses in England. During the Second World War, the House was used as a brothel. As the story goes, in a payment dispute between a prostitute and a sailor, the sailor allegedly murdered the girl. Today, a ghostly female figure has allegedly been seen to drift through the bricked-up doorway and in one of the bedrooms. Other reports include footsteps on the wooden staircase, people being pushed in the back, and heavy doors slamming. Legend has it that one evening, during the 1980s, staff raked over the gravel on the cellar floor before locking up, the following morning there were footprints in the gravel starting in the middle of the room and going into the wall.

The hooded monk of Netley Abbey

Supposedly, Netley Abbey is home to a secretly buried treasure, guarded by a jealous, ‘hooded monk’. Although the ghost has appeared multiple times, details of his appearance vary and there is little information on his origins. Another legend tells of a secret chamber, where the treasure lays concealed. But before you get out your metal detectors and shovels, beware – it is also said that an old curse befalls anyone who disturbs the ruins or tries to locate the treasure. This rumour may come from the legend of Walter Taylor, a builder contracted to demolish the Church in 1719. Taylor was warned in a dream that he would be punished if he did so, but he ignored the dream and went ahead with the demolition. Soon, a window arch fell on Taylor’s head, killing him. Since these events, there have been multiple ghostly sightings, but there has been no material evidence confirming these experiences – or, unfortunately, the hidden treasure.

MCCLEERY, A. (2012)  Intangible heritage and sustainable tourism: impossible clash of cultures or essential meeting of minds?  International Journal of Heritage and Sustainable Development. Vol. 2, No.1, pp.7-16

DONNELLY, B. (2009) From banter to Blitz: the Scottish heritage that’s a global treasure. The Herald Scotland.  [Online] 27 October.  Available at: http://www.heraldscotland.com/news/home-news/from-banter-to-blitz-the-scottish-heritage-that-s-a-global-treasure-1.928799 [Accessed 3 February 2013]