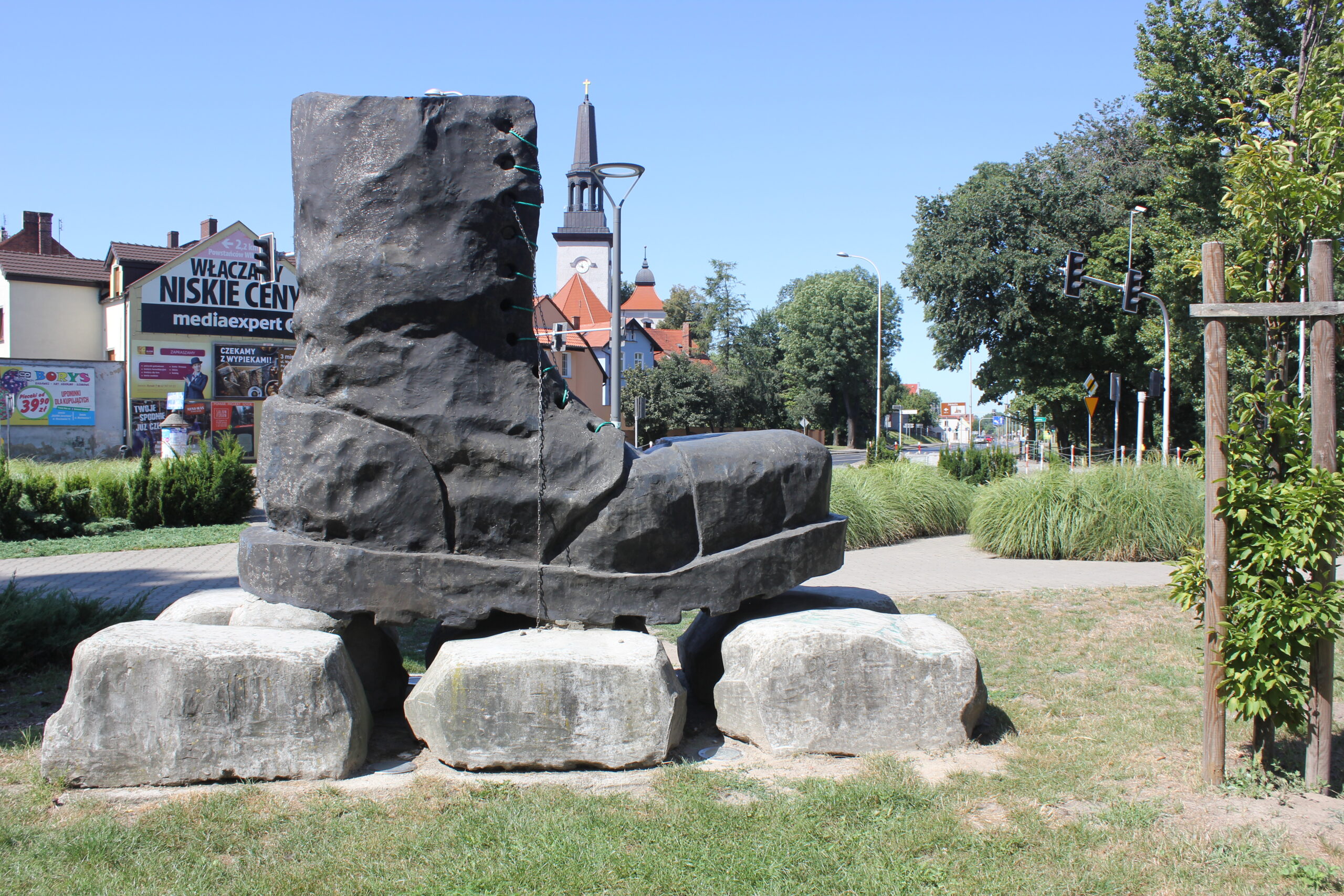 A one-of-a-kind 2-meter high statue of a bovver boot – a symbol of heavy rock, punk and a whole rich subculture. Where is it located? In Jarocin, of course, where the famous rock festivals have been held for decades.

An unusual monument was erected here in July 2011, on the 30th anniversary of the first festival. It is located on a square next to the city park, near the Spichlerz Polskiego Rocka, at the intersection of Św. Ducha and Poznanska streets.

The author of the idea was the late Felicja Pawlicka, a local artist and cultural animator, who died in 2010 in a car accident. Her intention was realised by Małgorzata Kruk and Jakub Bogatko.

The huge shoelaces of the monumental boot were created by braiding together many different shoelaces, including the shoelaces from the bovver boots of the project’s initiator, Felicja Pawlicka.