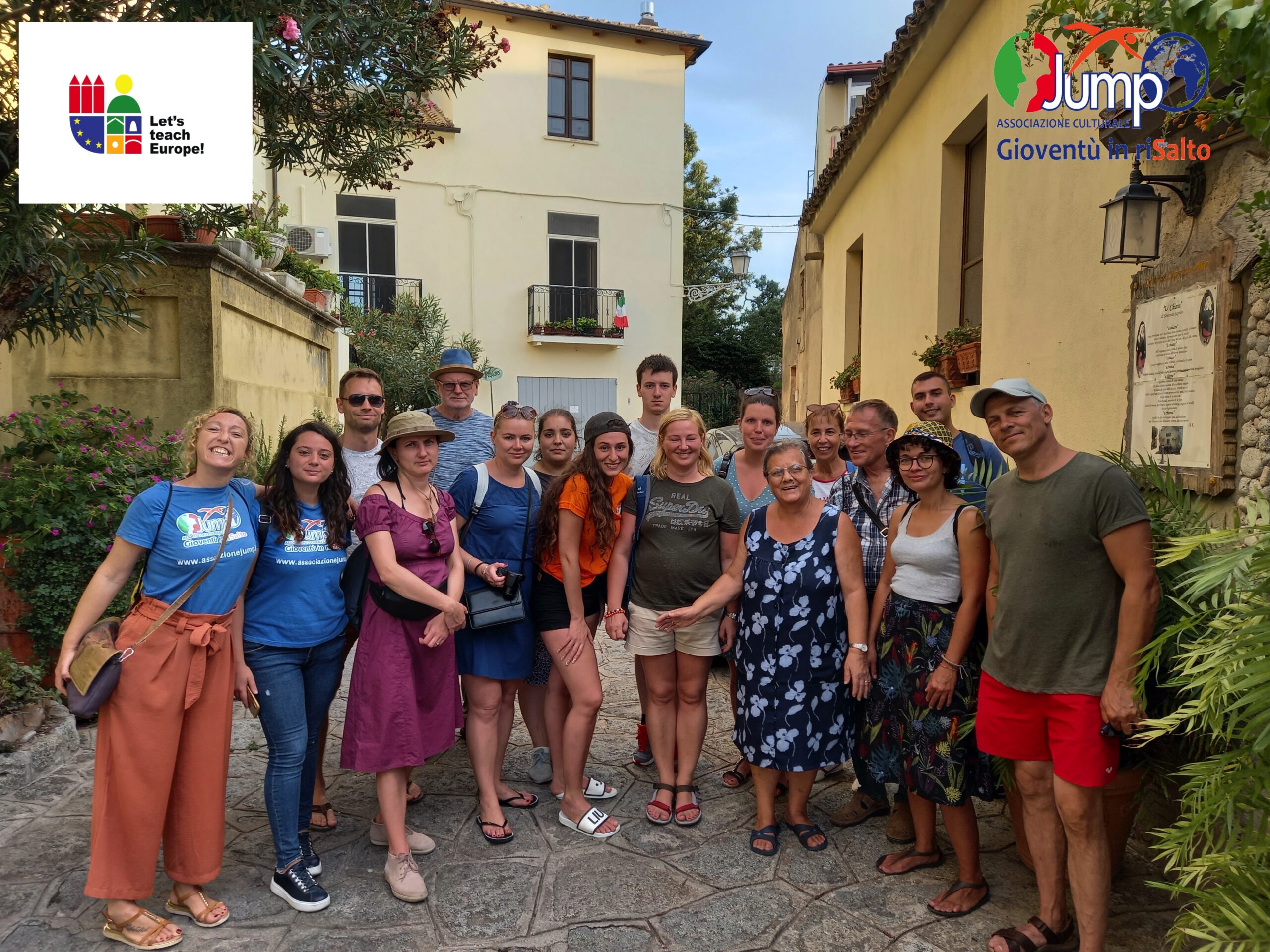 My name is Michal Wojtasiak. I am from Poland and I was recently one of the participants of an international Erasmus+ project called “Let’s teach Europe! European Heritage as a pedagogical and integration tool in adult education”. In September 2021, ror one week we got to know the Calabrian city of Soverato and its surroundings, and now I would like to report on visiting an important part of this town called Soverato Superiore.

Our whole group met in a cafe and after consuming delicious ice cream, we set off on foot to our first point of the agenda, which was the church with the sculpture of the pieta made by Antonello Gagini.

Then we went to a viewpoint that overlooked a valley full of olive trees. More or less in the same place, but on the other side of the street, we entered the backyard of a house with a view of the mountains. There were also bushes of grapes next to the house and everyone had the opportunity to taste them. They were the sweetest and most delicious grapes I have ever eaten.

After that, we went through the narrow streets to the center of Soverato Superiore to meet the oldest resident of the village, Adriana, who showed us, among other things, the house which used to be a shoemaker’s workshop.

Summing up, I can say that the trip to Soverato Superiore was extremely successful and eventful.

Next article Southampton: The Pearl of Hampshire