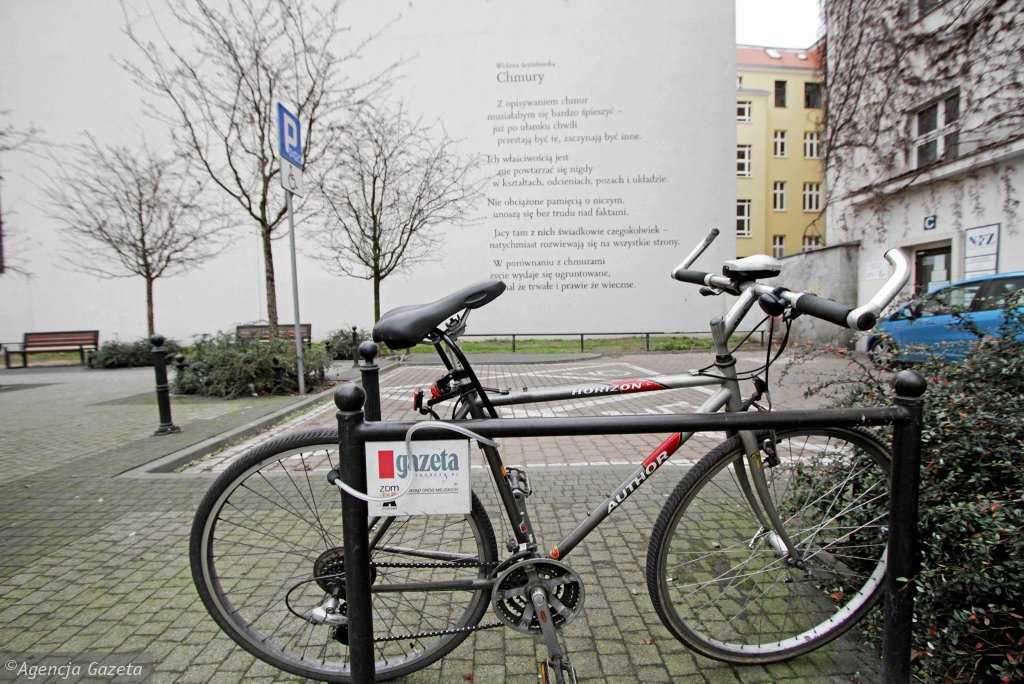 Poznań is one of the cities where poetry murals have become popular – they make the area prettier and draw the resident’s attention, promoting art at the same time. Sometimes they decorate blocks of flats and tenement houses, also the scruffy ones,  with beautiful pieces of poems, i. a. the masterpieces written by famous Polish poets: Herbert, Różewicz and Szymborska.

In 2015, the initial conception of this project was to create five murals but eventually, because of the lack of the budget, only four of them have been made – two in Jeżyce district and two in Wilda district. As time went by, more and more poem murals have been created.

The poem mural, created in 2015, “Nigdy o Tobie” (“Never about you”) by Zbigniew Herbert let the passers-by escape into the world of poetry, and so did the other similar pieces of art, like “Chmury” (“Clouds”) by Wisława Szymborska, the 1996 Nobel Prize winner, near Plac Kolegiacki.

Over the years, the poetry murals in Poznań have become recognizable and admired by many local citizens and visitors. 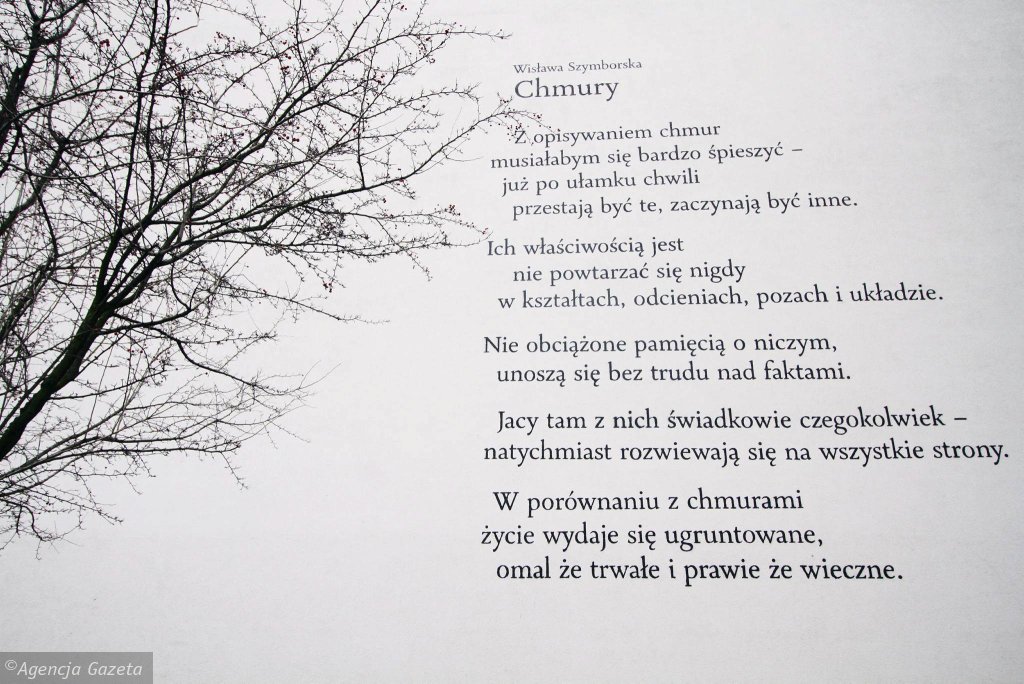 I’d have to be really quick
to describe clouds –
a split second’s enough
for them to start being something else.

Unburdened by memory of any kind,
they float easily over the facts.

What on earth could they bear witness to?
They scatter whenever something happens.

Next to clouds
even a stone seems like a brother,
someone you can trust,
while they’re just distant, flighty cousins.

Let people exist if they want,
and then die, one after another:
clouds simply don’t care
what they’re up to
down there.

And so their haughty fleet
cruises smoothly over your whole life
and mine, still incomplete.

They aren’t obliged to vanish when we’re gone.
They don’t have to be seen while sailing on.

Link to the photos: